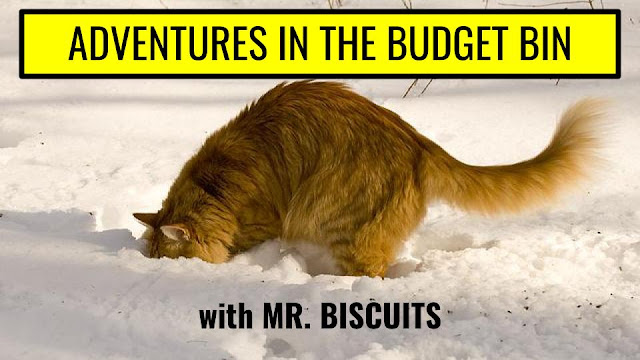 It’s been pretty slim pickings during my video bargain hunts lately. I suppose I’m not really all that surprised. As physical media increasingly takes a back seat to streaming and downloads, it stands to reason that brick & mortar stores would follow suit. Hell, the Best Buy near my house stopped selling movies altogether.

Still, as someone who still loves actually owning my favorite movies, the realization that it's essentially an old man’s endeavor is kinda sad. On the plus side, however, no one ever asks to borrow my movies anymore. Speaking of which, my asshole brother-in-law never did return my copy of Full Metal Jacket he borrowed ten years ago.

Even the budget bins at my local Walmarts, Big Lots & Dollar Trees seem to be running dry, mostly stocked with stuff either I already own or ain’t even worth the dirt-cheap price tag.

But when one door closes, another opens…

Not long ago, Mama Kitty decided we should start grocery shopping at WinCo, which suited me just fine since I was getting pretty sick of refinancing the house at Safeway just to keep toilet paper in the house. Overall, WinCo is bigger and cheaper, though there hasn’t been a time when half the population of Gresham wasn't shopping at the same time we were. 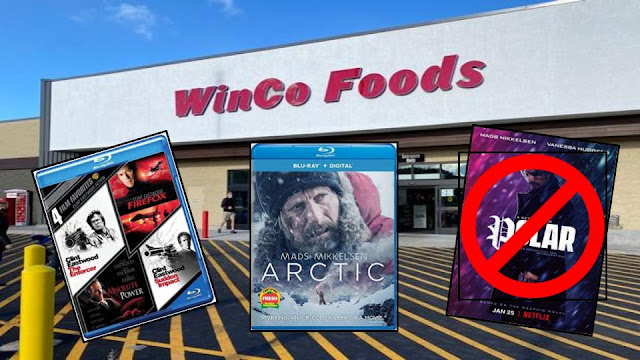 I was pleasantly surprised to discover WinCo has its own selection of bargain discs…not a ton, but a few things I never found at Big Lots. I recently grabbed 4 Film Favorites: Clint Eastwood (Blu-ray $6.99), which has two shitty Dirty Harry movies (The Enforcer, Sudden Impact), as well as Absolute Power, which I actually hadn’t seen but turned out to be pretty good. The main reason I wanted it was for Firefox, which is no masterpiece, but one of those “comfort food” movies. Like the original Dune, it’s enjoyably meandering. Stretching on the sofa after a large meal and popping in Firefox is an agreeable way to drift off to sleep.

The real prize this trip was Arctic (Blu-ray $4.99), which I’d been wanting to see for a long time. The film stars Mads Mikkelsen as a pilot who crashes in the frozen tundra and is forced to save himself by taking a perilous journey on-foot while dragging another injured survivor. Nearly dialogue free, it’s a gripping, immersive film, unlike the similarly-titled Mikkelsen manure train, Polar, which I originally mistook for Arctic when I caught it on Netflix…118 minutes of my life I’ll never get back. WinCo is known for its large selection of bulk foods, and if they ever sold movies in bulk, Polar would be one of the raisins you'd pick out of otherwise-tasty trail mix. 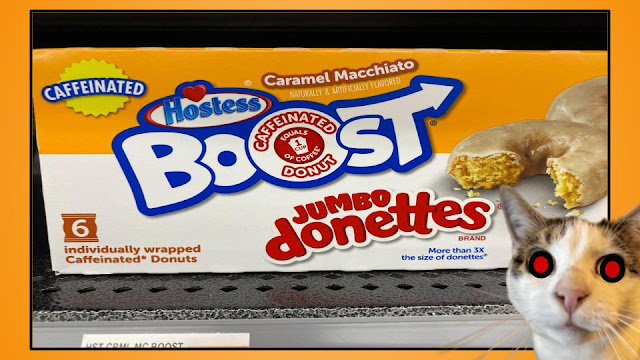 You know what else they have at WinCo? Caffeinated doughnuts. As if deep fried sugar & bread loaded with preservatives wasn’t toxic enough, someone thought to inject a coffee cup’s worth of caffeine into each one. I was getting the jitters just looking at the box…not even Firefox would put me to sleep after downing a couple of these things. Depending on your outlook, that’s completely evil or total genius. Or evil genius. Either way, there’s some serious fuckery going on at the Hostess factory.

While I enjoy expanding my waistline on frivolous food as much as the next middle-aged married guy, I took a hard pass. Caffeinated doughnuts would likely make Mama Kitty a widow long before I’m done making her life miserable.