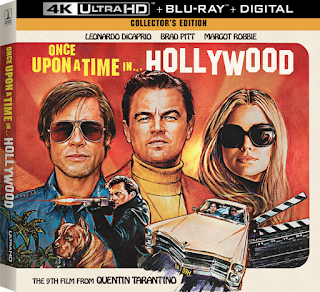 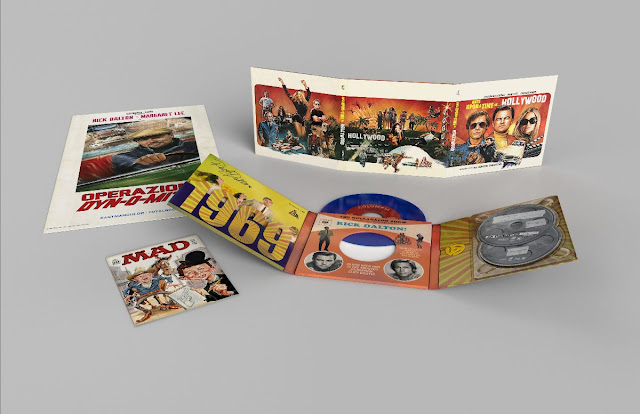 The 4K Ultra HD, Blu-ray, DVD and digital releases come loaded with even more sights and sounds of the ‘60s, featuring over twenty additional minutes of footage that delves deeper into world of Rick Dalton’s Hollywood. The 4K Ultra HD, Blu-ray and digital include an additional behind-the-scenes look at the film’s production design, cinematography, costume design, cars and more.

Collectors will also be delighted by exclusive packaging and gifts-with-purchase offered at retail for the film’s Blu-ray release. These include “Rick Dalton” movie poster cards available at Walmart, a vintage-style film magazine with over 26 never-before-seen production photos available at Target and a collectible steelbook available at Best Buy. All exclusive offerings are available for pre-order today. 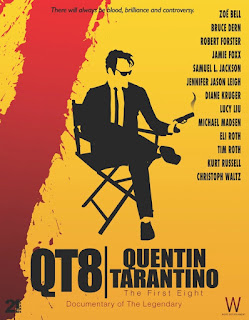 QT8: THE FIRST EIGHT - Tara Wood's Deep Dive Doc on Tarantino / Out on VOD December 3rd
Quentin Tarantino is the most influential filmmaker of the past 30 years. His bloody, talky, nonlinear films pull together dozens of influences to form bracingly original cinematic events. In a Hollywood that worships at the altar of franchises and remakes, Tarantino’s films are the best kind of tentpoles - wholly unique cinematic visions from a filmmaker at the peak of his powers. As Tarantino's newest film Once Upon a Time in Hollywood arrives to praise and controversy, filmmaker Tara Wood takes us on a journey through the first 8 wildly divergent films that Tarantino has helmed, narrated by the actors and collaborators who have worked with him. From Reservoir Dogs through The Hateful Eight, from the video store to the fall of Harvey Weinstein, QT8 digs deep into the story of the most important and controversial filmmaker of our time.
Posted by D.M. Anderson at 11:40 AM