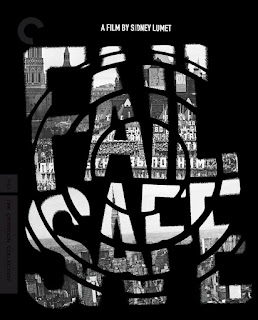 This unnerving procedural thriller painstakingly details an all-too-plausible nightmare scenario in which a mechanical failure jams the United States military’s chain of command and sends the country hurtling toward nuclear war with the Soviet Union. Working from a contemporary best seller, screenwriter Walter Bernstein and director Sidney Lumet wrench harrowing suspense from the doomsday fears of the Cold War era, making the most of a modest budget and limited sets to create an atmosphere of clammy claustrophobia and astronomically high stakes. Starring Henry Fonda as a coolheaded U.S. president and Walter Matthau as a trigger-happy political theorist, Fail Safe is a long-underappreciated alarm bell of a film, sounding an urgent warning about the deadly logic of mutually assured destruction.
READY OR NOT on Digital 11/26 and Blu-ray & DVD 12/3
The sanctity of marriage goes straight to hell when a young bride (Samara Weaving) competes in a time-honored tradition with her new husband (Mark O’Brien) and his insanely rich and eccentric Le Domas family (Adam Brody, Henry Czerny, and Andie MacDowell). The bride’s wedding night takes a turn for the worst when she realizes she is at the center of a lethal game of ‘Hide and Seek’ and must fight her not-so-loveable in-laws for her own survival.

The In-Home release is slaying with special features as writers Guy Busick and R. Christopher Murphy give insight on their script’s exploration of the Faustian bargain made by the Le Domas family. Directors Matt Bettinelli-Olpin, Tyler Gillett and Producer Chad Villella explain how they used practical effects to deliver an authentically bloody film.
Posted by D.M. Anderson at 10:05 AM