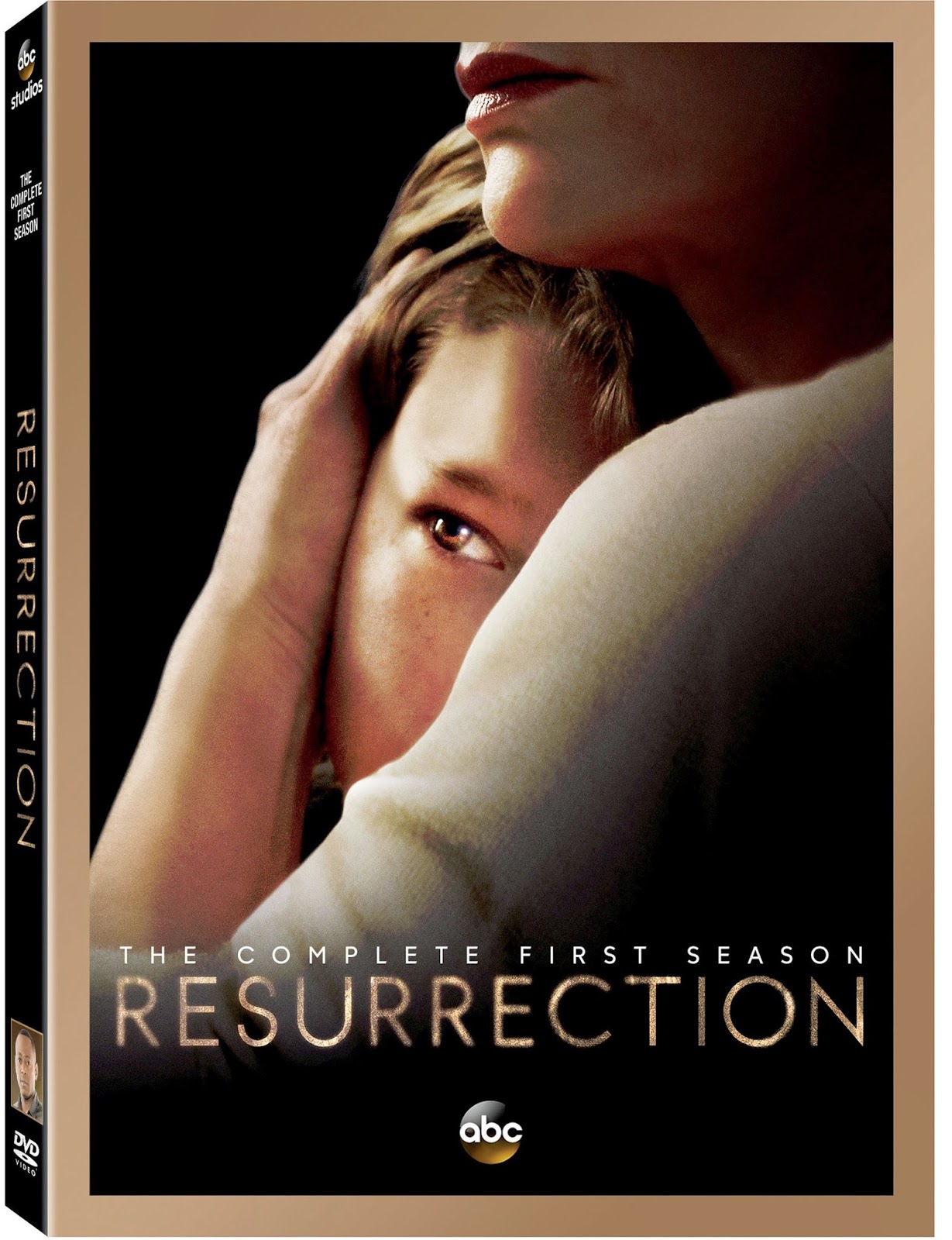 Based on the premise alone, Resurrection looks destined to outlive its welcome by stretching-out a story which might have made a better movie than a television series (like Revolution or the ridiculously padded-out Under the Dome). Though renewed for a second season, it’s probably just a matter of time before Resurrection strings viewers along with so many unanswered questions and ambiguous plot twists that viewers become frustrated and quit watching. I hope not, because the eight episodes which comprise the first season are outstanding.

Playing like a drawn-out, subtly-sinister Twilight Zone episode, Resurrection begins with Jacob, a  boy who died tragically in 1982, suddenly waking up in a rice field in China 32 years later. He’s returned home to Arcadia, Missouri by immigration/customs agent Martin Bellamy (Omar Epps) and reunited with his parents (Kurtwood Smith & Frances Fisher), who are torn between shock and joy - decades have passed, yet Jacob is still the same eight year old kid he was when he died…almost. He seldom sleeps, his increased metabolism makes him hungry all the time and he can sense the presence of others who’ve recently returned from the dead, not all of whom are deserving of a second chance. In later episodes, Arcadia is thrown into turmoil as more former residents come back (even though their formerly-dead bodies still reside in their graves), dividing the town. In the interim, we learn a lot of secrets about both the dead and the living, many of which either have an immediate impact on this first season, or leave viewers hanging as the final episode ends with a cliffhanger.

Regardless of what’s ultimately revealed in season two, Resurrection does such a masterful job keeping you hooked that it’s likely no eventual explanation for these events will live-up to our expectations. Despite being compelled to binge-watch the whole season in one day, I couldn’t help but feel answers to the questions raised will be anti-climactic at best. This makes me think perhaps no explanation should be provided at all…keep everything murky, leave questions unanswered, let the viewer make their own assumptions. That’s not likely to happen, so maybe, as viewers, a show like this is best enjoyed in the moment, without the anticipation of a jaw-dropping payoff (like Twin Peaks was in the 90s).

In this context, Resurrection is very rewarding, with great performances and a smart story which slowly builds, adding compelling plot twists along the way. A few characters are a bit one-note or over-the-top (such as Angela Cartwright as a bug-eyed bible-thumper), and very few of our nagging questions are answered by the end of the final episode, almost like the entire season is just a prologue to a much bigger story. While I can’t help but shake the feeling that story will be a tremendous let-down, what we’ve seen so far is terrific.