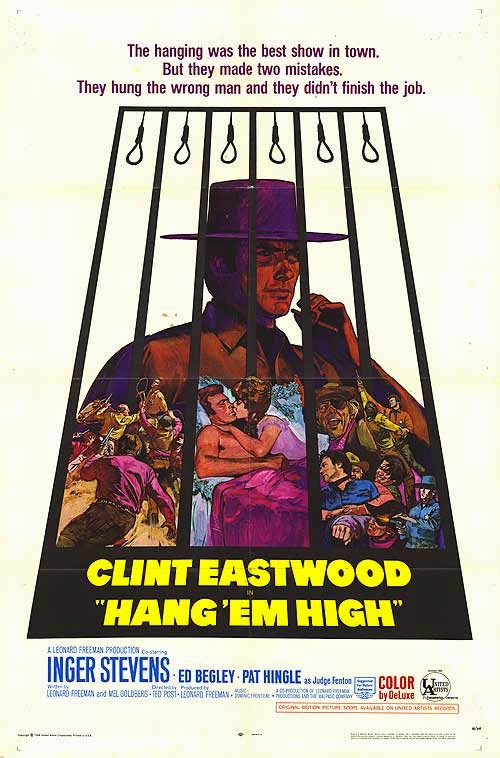 When I was a kid, my parents thought it was important that I played organized sports. Even though I’d never expressed an iota of interest, they signed me up for little league baseball in the fourth grade (mainly because Dad played it when he was a kid). I bumbled and fumbled through two seasons before they finally had to concede what I already knew…I was the worst outfielder in the known universe.

But they didn’t give up. Around this time, soccer exploded in popularity in Portland after it got its own pro franchise, the Timbers, and a law was passed requiring all parents in the metro area to drag their children kicking and screaming onto the playing field.

Personally, I didn't care about playing sports at all, let-alone something as alien as soccer. I was happy spending my free time riding my bike and hanging out with my nerdy friends playing Legos. My parents signed me up anyway; they really wanted an athletic son and, compared to football, soccer was relatively inexpensive - a pair of cleats and a ball - so if this turned out to be a debacle like baseball, their wallets weren’t quite as empty.

So there I was, in the fall of fifth grade on the first day of practice, feeling vulnerable standing around in shorts with pasty-white legs. Making matters worse was the fact most of the other guys on the team had been playing together for a few years, while me and one other new kid had never even seen a soccer ball before. The hazing process was humiliating indeed. Though I was always a fast runner, I could barely dribble the ball without tripping on my own feet, much to the amusement of my so-called teammates, who laughed at my ineptitude. I was also given a hearty welcome on that first day by a kid named Craig Parker, who was not only the best player on the team, but the coach’s son and twice my size. He was also a complete asshole, which I learned when he repeatedly snuck up behind me and yanked my shorts down. During subsequent practices, Craig also loudly jeered every time I fucked up (which was often). As the team’s forward and leading scorer, Craig took pleasure in, not only trash-talking every time he effortlessly dribbled the ball past me, but occasionally driving a cleated foot into my back after I fell.

During games, much to my dad’s chagrin, I was given five minutes of actual playing time, usually towards the end after a win or loss was a forgone conclusion. In either case, Craig got all the accolades because he scored all the goals.

Because soccer’s popularity was growing exponentially, new teams were forming on a regular basis. Before my first season was over, I was on a new team with similarly-inexperienced players, this time coached by my dad (apparently tired of seeing his son warming the bench for 85 out of 90 minutes). At this time, I still hated soccer, but my dad’s nepotism had me playing the entire game every week. Dad also realized, if I had any skill at all, it wasn’t scoring goals as a forward, but taking the ball away as a defender. Yeah, forwards got all the glory, but stripping them of the ball proved to be a lot more fun.

Our team still wasn’t as good as others in the league loaded with elite players, and twice a season, we were humiliated by my former team, led by Craig Parker, who was not only the best player in the league by this time, but one of the dirtiest, a master at throwing an extra elbow to the face or kick to the shin. Forced to defend him, I ended up with bruises and bloody noses as he trampled over me. Craig often taunted me with “faggot” or “pussy” as he thundered past on his way to scoring yet-another goal. What made it worse was I don’t even think it was anything personal…he treated every opponent this way, and I was just another non-entity under his cleats. As someone he repeatedly humiliated, I fucking hated him. But what could I do? Craig was far bigger and better on the field than I was.

Mostly thanks to my dad’s persistence, I improved a lot over the years, to the point where I grew to love the game. By the time I was a senior in high school, I was actually one of the league’s more feared defensive players, even earning a mention in our local newspaper, The Oregonian. Still, as much as I loved my brief moment of athletic glory, Craig Payne loomed large, ballyhooed in news stories dedicated exclusively to him. He scored the most goals every season, earned a soccer scholarship his junior year and continued mowing-down lesser players in his way.

We went to rival high schools (me, Clackamas, he, Putnam) and I briefly dated a Putnam girl, who invited me to their Sadie Hawkins dance, where I saw Craig. Incorrectly assuming we were only on-field rivals, I went up to say hi. He acted like I wasn’t worth his time, contemptuously sneering before he sauntered off with his girlfriend.

By the time we played our last soccer game against each other, I was pretty tired of being repeatedly belittled by this guy, both on and off the field. Unlike Craig, my days as a soccer player were numbered, down to a few games left on the schedule. As good as I was, it wasn’t enough to earn a scholarship. While we warmed up for our last game against Putnam, I occasionally looked across the field at Craig, smarmy and cocky as ever.

I’ve never been what you’d call confrontational, and not much of a fighter. I was pretty sure Craig could kick my ass if we met on the street. But we weren’t on the street today. If I was ever gonna exact any justice for years of torment from this douche bag, this was the day…on the playing field. It had been eight years since he first yanked-down my shorts for all to see. I wanted him to know I never forgot it.

So, halfway through the game, when he received a pass and proceeded to dribble down the field, with only me standing in the way of yet-another breakaway goal, the opportunity arrived. I didn’t go for the ball. I know that caught him off-guard, because in every previous encounter he used his skill to dribble around me or run me over. Instead, I slide-tackled him, cleats-up and aiming right at his knees. He yelped as we connected, and I’m pretty sure I heard something snap before he went down.

The referee blew the whistle, stopping play as Craig rolled around in agony, eyes huge and clutching his leg. I got off the ground and dusted myself off, just as the referee yellow-carded me (I was actually kind-of surprised it wasn’t a red card, considering what I did was obviously intentional). Another guy from his team ran up and shoved me. Normally, as someone who’s always been endowed with a keen sense of self-preservation and a realistic assessment of his own fighting skills, I would have cowered with my hands raised in defense. But today, I felt brave enough to casually nudge him aside and head to the bench.

Craig was assisted off the field and didn’t return. Putnam still won the game, but I didn’t care either way. I finally got my revenge in a forum sanctioned by the state of Oregon.

Taking a seat on the bench, berated by my coach for such a cheap shot, all I thought about was Jed Cooper and how good belated justice felt.

Jed Cooper, as played by Clint Eastwood in the overlooked classic, Hang ‘Em High, is a cattle rancher mistaken for a rustler and lynched by a vengeful posse (though some of them are obviously here to see a man die). Cooper survives being hanged and is subsequently hired as a U.S. Marshall, charged with hunting down wanted criminals and bringing them back for trial. But Cooper hasn’t forgotten the men who tried to kill him, and understandably wants a bit of payback. Despite the relatively useless warnings of Judge Fenton (Pat Hingle), Cooper’s badge gives him carte blanche to track these fuckers down and waste ‘em (much like Robocop twenty years later). Sure, there’s a tad bit of debate over justice versus revenge, but thankfully, revenge wins over, often under the guise of justice.

I find that idea pretty cool. Turning the other cheek is overrated. Getting even is awesome, especially when the subject of your wrath becomes suddenly aware his wretched past has come back to haunt him. Whether or not I want to admit it, Hang 'Em High encapsulates my soccer career.

As a mature adult, I still shouldn’t think this way, but Craig really was a jackass, and I got even with him at his own fucking game. Even today, part of me still hopes the occasional twinge in his knee reminds him of the day he used to call me a pussy, yet said-pussy took him out.

That’s what makes Hang ‘Em High such a great revenge flick. Though blandly-shot by Ted Post (whose greatest screen credit is Magnum Force), the concept alone makes it more satisfying than the likes of Death Wish, Straw Dogs or Eastwood’s awesome-but-morally-ambiguous High Plains Drifter. Even though Jed Cooper’s not explicitly told, he is given legal permission to get even. Who of us hasn’t fantasized about exacting revenge with the law on our side?

That’s how I felt during that last game against Putman, watching Craig writing in pain as he was carted off the field. If I had done the same thing to him outside the gymnasium during that school dance, my parents would be bailing me out of jail. On the soccer field, however, it was the same as having a U.S. Marshall’s badge attached to my jersey. Today, I wish no ill-will upon him. As far as I was concerned, my cheap shot made us even, but I still wouldn't be heartbroken if he were hobbling around with a walker.
Posted by D.M. Anderson at 11:15 PM