Cat Nip Reviews: Neeson Can’t Stop, Three Babes Get Even and a Stay at the Budapest 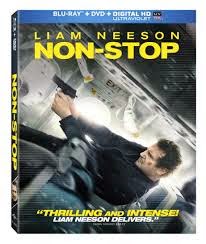 NON-STOP (Blu-Ray)
Laim Neeson continues channeling his inner Charles Bronson in this implausible but entertaining thriller, set entirely on a plane bound for London. This time Neeson plays Bill Marks, a weary alcoholic air marshal trying to prevent a madman (who’s also onboard) from killing a passenger every twenty minutes before blowing up the plane. The killer’s identity, and how he manages to accomplish this, is the mystery Marks must solve before it’s too late. The plot doesn’t stand up to much scrutiny, but the film’s a lot of fun and Neeson is solid as usual. From Universal. 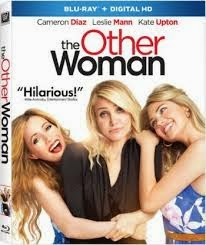 THE OTHER WOMAN (Blu-Ray)
Movies like The Other Woman are like ordering the same meal every time you go to Applebee’s…a safe choice because you always know exactly what it’ll taste like. There isn’t a single scene or plot development you won’t see coming a mile away. Cameron Diaz (now able to do roles like this in her sleep) is beautiful and funny as usual, but Leslie Mann steals the movie as a slightly-unhinged wife whose philandering husband has been cheating on her with Diaz and Kate Upton. A totally predictable comedy that sometimes goes for cheap laughs, it’s still an fairly amusing way to kill a few hours. From Fox. 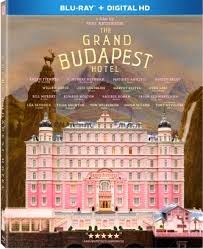 THE GRAND BUDAPEST HOTEL (Blu-Ray)
Whether you appreciate Wes Anderson’s quirky brand of filmmaking or not, you have to admit he has a style all his own. The Grand Budapest Hotel is his most enjoyable film yet, loaded with amusing plot turns, eccentric performances (with a huge cast led by Ralph Fiennes) and impressive set design. Perhaps the first farce disguised as an art film, this is, so far, one of the best movies of the year. From Fox.
Posted by D.M. Anderson at 10:53 AM