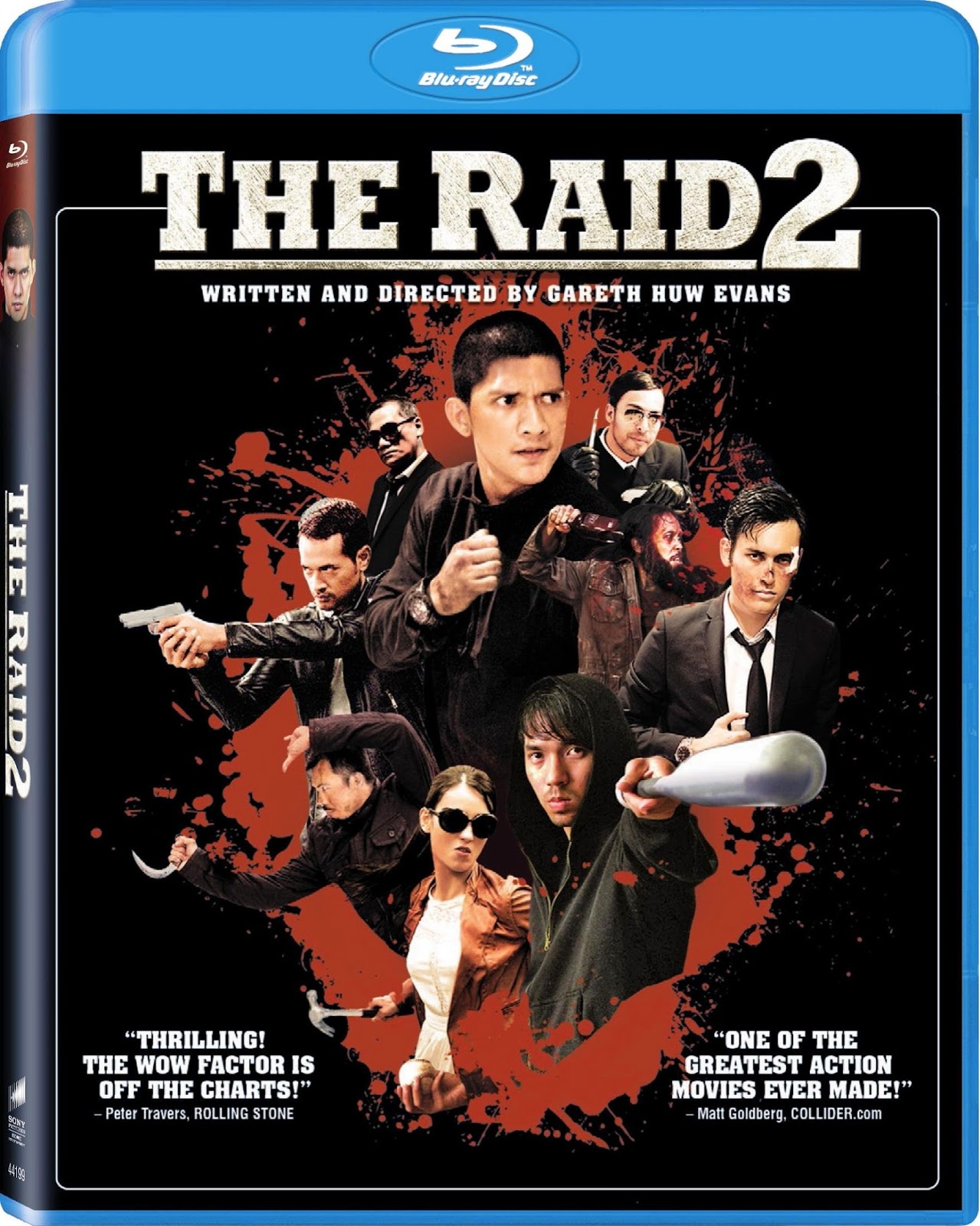 Before I begin in earnest, it shames me to say I have not yet seen The Raid: Redemption, despite its nearly universal praise. As a huge action movie fan, I always meant to get around to it (even renting the film once), but various circumstances always got in the way and, after awhile, it sort-of drifted from my list of priorities. Based on watching The Raid 2 (sent to me for review), I obviously blew-off the wrong movie. This one isn’t just the best martial arts film I’ve ever seen…it ranks up there with the greatest action films of the last 20 years.

The Raid 2 begins just a few hours after the events in the first film (fortunately, we uninitiated folks are quickly brought-up to speed, so knowledge of previous events isn’t a requirement). Rama, the lone surviving SWAT member from the first film, is reluctantly recruited to infiltrate the criminal underworld to root-out corrupt cops. To do this, he goes to prison to earn the trust of Uco, the son of Indonesian mob boss Bangun. Rama eventually becomes an enforcer, also charged to watch over Uco, whose ambition has him questioning decisions made by his father. Uco’s impatience has him hooking up with up-and-coming gangster Bejo, who tries to instigate a war between the Japanese and Indonesian mobs. Ironically, the whole rooting-out-the-bad-cops storyline is mostly shoved aside as Rama tries to deal with both sides at the same time while still remaining undercover. At one point, he’s even questioning his own role in this operation.

This film has a labyrinthine plot which is sometimes difficult to follow (with loads of unique & quirky characters), but ultimately, The Raid 2 is still all about the action. In addition to the plentiful, expertly-choreographed fight scenes, we get kinetic car chases, gun battles and assassins whose weapons of choice are as amusing as they are menacing. It’s all thrillingly-shot and bone-crackingly bloody (best of all, little of it looks like much CGI was used). In fact, you’ll probably find yourself not caring about the actual plot altogether.

I remember someone once saying no great novel is too long and no bad novel is too short. The same philosophy applies to movies, and even at 150 minutes, The Raid 2, despite telling a complete story, left me wishing it wouldn’t end. As an action film, it’s that good. Not only did it make me want to drive out and grab a copy of the original (though I don’t see how it could possibly be better), I now find myself hoping The Raid 3 sees the light of day.

(And trust me, watch the subtitled version)