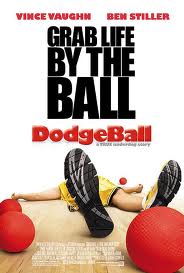 That's the first joke one of my daughters learned when she was little. Like most kids, if something is funny once, it's funny a hundred times. Hence, Natalie told that joke a lot. I laughed every time, and not just to keep from hurting her feelings. The way she told it was genuinely funny. Maybe it was because she was still very little at the time, so everything she did was endearing. At any rate, it's one of only two jokes I ever heard that honestly made me laugh. This is the other one:

Q: Why would you wrap a hamster in duct tape? A: So it doesn't explode when you fuck it.

I hate it when people have a joke for me, especially a long one. They always start with a barely-contained, shit-eating grin, confident that they're about to knock your socks off, and half the time they're giggling before they even get to the punch line. Because I'm a reasonably polite fellow, I'll offer a courtesy chuckle to appease them. But either the jokes aren't funny, or most people simply suck at telling them.

For me, anyway, the Interrupting Cow joke is funny because of Natalie's delivery. I'm not sure exactly why I think the Hamster joke is so funny, aside from how short it is. No one ever actually told it to me...I simply read it in a book once. But it makes me laugh.

Dodgeball: A True Underdog Story is kinda like the Cow and Hamster joke wrapped into one. It’s a dumb movie, and I generally hate stuff like this. It's mostly just another triumph-of-the-underdog tale, this time about a sport most of us remember from high school as being little more than state-sanctioned assault. But watching grown men being repeatedly pelted in the face and groin with playground balls never gets old. Nor does hearing a grizzled Rip Torn talk about his taste for his own urine. Nor does watching fitness guru Ben Stiller massage himself with a slice of pizza. Nor does watching Stephen Root prepare for a match by dodging traffic. Nor does the TV commentary by Gary Cole & Jason Bateman. None of it is clever, but still, like the Hamster joke, it makes me laugh.

Dodgeball is mostly as dumb as Adam Sandler's celluloid shit, but like my daughter, some people do know how to tell a joke. And like that duct taped Hamster, I can’t really put my finger on why  Dodgeball makes me laugh no matter how many times I see it. Of course, what constitutes funny depends on how one's wired. My father sat through Dodgeball and didn’t crack a smile. On the other hand, he loves National Lampoon’s Christmas Vacation and watches it every year during the holidays, but I can't stand it. Though most people love Adam Sandler, he reminds me of that onboxious uncle in every family who has a million jokes for you, none of them funny.

But seeing guys smacked with balls is hilarious...every time.
Posted by D.M. Anderson at 12:35 AM