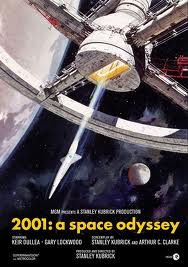 Relatively speaking, it wasn't all that long ago that, for many of us, the year 2000 was the future. Even in the 1990s, it simply seemed like a date which only existed in science-fiction. Hard to believe that year came and went over a decade ago, without the flying cars we were promised, which is probably a good thing, considering the number of idiots on the road today (do you really want them flying over your head?). We still haven't explored other worlds or traveled through time. On the plus side, we haven't yet blown each other up.

Depicting possible futures has, of course, been a sci-fi staple ever since the genre was created. But inevitably, those future dates eventually show up on our calenders. It doesn't necessarily make a movie out of date (very little in 2001: A Space Odyssey has actually come-to-pass), but placing any sci-fi story during a specific year does tend to give it an expiration date, so to speak.

Click this link to read FKMG's favorite movies whose future is now behind us:
Top 10 Movies Depicting Days of Future Past
Posted by D.M. Anderson at 1:50 PM