VICTORY and a Brush with Greatness 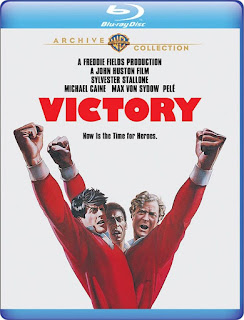 I met Pelé once. Actually, encountered might be more accurate.

Back in the mid-seventies, my hometown got its own team, the Portland Timbers, in the fledgling North American Soccer League (NASL), which inspired suburban parents to drag their kids kicking & screaming onto the pitch to play in youth leagues. One of those was yours truly. Though I eventually grew to love the game, soccer was as alien to me as the opposite sex and I approached it with similar awkwardness. Worse yet, I was put on a team with guys who’d already been playing together for a few years.

Anyway, the Timbers regularly recruited ball boys by drawing the names of local players. A ball boy’s job was to stand on the sidelines and retrieve balls that went out-of-bounds during play. Being selected was a big deal; not only did it mean you got to attend a game or two for free, but you might meet some of the players. My name was drawn for a game against the New York Cosmos, followed by awe-struck gasps from my teammates.

Pelé? Who the hell is Pelé? I refrained from actually asking that question, since I could already tell a few guys were resentful that this pasty-legged benchwarmer would be closer to their idol than they’d ever get. And in case anyone reading is currently asking the same question, Pelé is soccer’s Michael Jordan and widely considered the greatest player of all time. He played most of his career in Brazil, but eventually followed the money to America, signing with the New York Cosmos. He was past his prime by then, but his marquee value still planted butts in seats. Present company excepted, everybody knew who Pelé was.

So there I was one summer evening in Civic Stadium, standing on the sidelines when a ball suddenly whizzed by. Startled into action, I bolted off to retrieve it. Grabbing the ball, I turned to see the living legend, sweaty and panting, eyes huge as he shot out his hands and roared “Ball! Ball! Ball! Ball! Ball!”, his urgency reminding me the clock doesn’t stop in soccer. In a panic, I threw the ball over his head. While it didn’t cost New York the game or anything, Pelé was clearly unimpressed with my aim.

So went that personal brush with greatness.

Pelé retired a few years later (as did I), but was still enough of a brand name to be third-billed behind Sylvester Stallone and Michael Caine in Victory. He isn’t in the film nearly as much as the billing suggests, but his formidable skills are on full display and certainly cinema worthy, as are those of other international soccer stars in supporting roles.

With a plot and charming, old-fashioned tone similar to The Great Escape, Victory is one of Stallone’s better post-Rocky films, arguably because it’s directed by John Huston, who surrounds him with a great cast that includes Caine and Max von Sydow. Stallone is no Steve McQueen, but he’s enjoyable enough as Captain Hatch, an American POW who joins John Colby’s (Caine) prison soccer team after not-so-nasty Nazi Karl von Steiner (von Sydow) arranges a match against an elite German team. The game may be pure propaganda to the Nazis, but Hatch and his superiors see a perfect escape opportunity.

Much of the film has Colby putting together the team while Hatch works on escape plans, which includes borrowing numerous tropes from The Great Escape, such as Hatch breaking-out to see how the land lays in Paris (where the game will be played), then allowing himself to be recaptured so he can report back. And that’s okay...if you’re gonna rip-off a prison escape movie, you might as well rip-off the Gone with the Wind of prison escape movies.

If Victory frequently riffs The Great Escape up to this point, the match itself unfolds like The Longest Yard (minus the laughs). Here’s where Pelé shines. He can’t act worth a shit, but give him a ball and he’s a goddamn magician...no camera trickery, special effects or stuntmen required. His solo, goal-scoring drive across the field is one of the film’s action highlights. But his heroics aren’t the game decider...not with Stallone and his ego in the cast.

In Hollywood, Victory was Pelé’s brush with greatness. With thespian skills comparable to my 12-year-old my prowess with a soccer ball, he served his purpose by giving the film an authenticity it wouldn’t have had with a real actor. The rest is an enjoyable throwback that pays almost like an homage to WWII epics from the ‘50s and ‘60s.