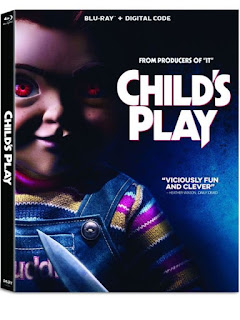 CHILD’S PLAY arrives on September 24
Chucky, the sinister killer doll, comes home in Child’s Play - a re-imagining of the 1988 horror classic sure to elicit screams from a whole new generation of fans this fall. Realizing that her son Andy (Gabriel Bateman) is lonely, Karen (Aubrey Plaza) buys him a seemingly innocent, AI-enhanced Buddi doll that he names Chucky. But Chucky’s safety restrictions have been disabled, and soon, a gruesome series of events unfolds. Unable to convince his mom that the doll is responsible for the carnage, Andy becomes the target of the bloodthirsty Chucky! Seth Grahame-Smith and David Katzenberg, producers of It, team up with Orion Pictures to bring another classic horror franchise to a new era of fans. Written by Tyler Burton Smith and based on characters created by Don Mancini, Child’s Play stars Aubrey Plaza as “Karen,” Gabriel Bateman as “Andy,” Bryan Tyree Henry as “Detective Mike Norris,” and features Mark Hamill as the voice of “Chucky.” 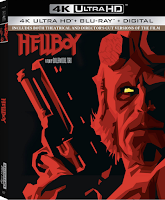 The original HELLBOY on 4K debuts October 15
The visionary director based his film on Mike Mignola's popular Dark Horse Comics about a demon, raised from infancy after being conjured by and rescued from the Nazis, who grows up to become a defender against the forces of darkness. Ron Perlman (“Sons of Anarchy”) embodies the title role, with Selma Blair (Cruel Intentions), Doug Jones (The Shape of Water) and two-time Academy Award nominee John Hurt (1978, Best Supporting Actor, Midnight Express; 1980, Best Actor, The Elephant Man) also starring.  The HELLBOY 4K Ultra HD presents both the Theatrical and Director’s Cut versions of the film, both newly remastered in 4K resolution from the original camera negative with exclusive Dolby Atmos audio for both versions of the movie, along with the original theatrical 5.1 audio. The HELLBOY 4K UHD includes the all-new “To Hell and Back” retrospective, featuring a new interview with director Guillermo del Toro, plus hours of archival special features, including documentaries, featurettes, deleted scenes, Q&As and much more.

FREE KITTENS MOVIE GUIDE is giving away a Blu-ray copy of UNIVERSAL's THE HUSTLE to one lucky reader. Available on Blu-ray, DVD 8/30.
TO ENTER: Simply drop us a message at freekittensmovieguide@gmail.com. CONTEST ENDS 8/20.

From director Chris Addison (“Veep”) and producers Roger Birnbaum (The Magnificent Seven) and Rebel Wilson, THE HUSTLE on Blu-ray and DVD showcases bonus features taking viewers further into the world of scamming with special featurettes including behind-the-scenes footage, commentary from the cast and filmmakers, and more! 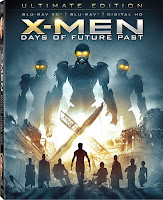 X-MEN: DAYS OF FUTURE PAST
Sure, this franchise is welllll past its expiration date and Logan was easily its high-point, but Days of Future Past (you know...the time travel one) is certainly worth the five bucks I paid for it. The 3-D version is also included for those of you who buy into that sort of thing. $5.00 AT BIG LOTS.
Posted by D.M. Anderson at 2:53 PM