RALPH BREAKS THE INTERNET: A Movie for the Moment 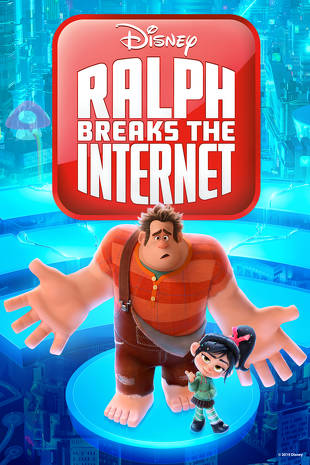 ON DIGITAL FROM WALT DISNEY

Can a movie have an expiration date?

Wreck-It Ralph was successful and amusing enough that Disney could have coasted on auto-pilot, churned out a sequel that's more of the same and still raked in the cash. So it does my cynical heart good to see that real effort was made to do something different with its two main characters. Ralph Breaks the Internet does for the internet what the original did for the world of video games, which is personify and satirize that world while providing enough cultural references to keep Easter Egg hunters busy through multiple viewings. In that respect, it succeeds magnificently.

The film is a constant wonder to look at, with Ralph (John C. Reilly) and Vanellope (Sarah Silverman) sort-of serving as guides through an animated internet in search of a replacement steering wheel to save her arcade game from being scrapped. But the plot takes a definite backseat to the film's clever, personified depictions of spam, search engines, websites and online gaming. As individual vignettes, a lot of this is extremely funny. And whether Disney is shamelessly promoting its own properties or simply poking fun at itself, the scenes featuring their classic characters - original or otherwise - are hilarious (the Disney princesses, in particular).

However, it gets so caught up in the references that the basic story and generic themes of friendship seem like an afterthought. This is more Ready Player One than Who Framed Roger Rabbit: It's great in-the-moment, when every allusion elicits self-congratulatory laughter, some which only perceptive adults will appreciate (such as a blink-and-you'll-miss-it nod to such online antiquities as Netscape). In fact, for a family film, much of the humor will be lost on kids whose internet activity consists mostly of gaming. And when you think about it, technology is advancing so exponentially that Ralph Breaks the Internet might actually end up being a period piece in less than ten years.

Ralph and Vanellope are once-again charming and likable, though some will definitely miss some of the original's supporting characters, all of whom are regulated to peripheral roles. In their place are some new ones, some of which are just as engaging. J.P. Spamley (Bill Hader) is especially funny as a click-bait huckster. On the other hand, Shank simply appears modeled after the woman who voices her (Gal Gadot); she's likable, but not particularly interesting.

Still, as a product of its time - the here and now - Ralph Breaks the Internet is a clever, funny sequel that's as enjoyable as the first. But where Wreck-It Ralph had a nostalgic appeal to go with its story, particularly for arcade gamers, the timeliness of this one probably has an expiration date. Enjoy it while it's still fresh. 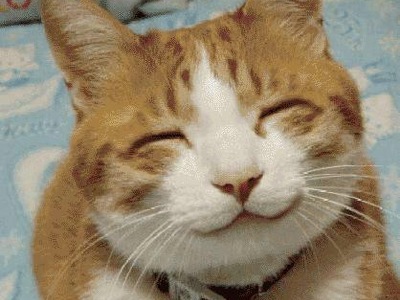 PURR-R-R...LIKE A GOOD SCRATCH BEHIND THE EARS
Posted by D.M. Anderson at 8:37 PM