News: Oscar-Nominated I, TONYA on Digital March 2 and on Blu-ray March 13 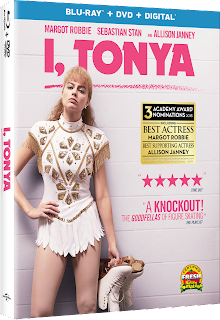 Nominated for three Academy Awards (Best Actress, Best Supporting Actress and Best Film Editing), I, Tonya is a darkly funny and entertaining examination of Tonya Harding, the most controversial figure in the history of figure skating, and the headline-grabbing scandal that mesmerized a nation. I, Tonya is available on Digital and the all-new digital movie app MOVIES ANYWHERE on March 2, 2018 and on Blu-ray, DVD and On Demand on March 13, 2018 from Universal Pictures Home Entertainment. Packed with more than 40 minutes of exclusive bonus content, the Digital, Blu-ray, and DVD showcase deleted scenes and in-depth featurettes taking viewers behind the scenes of the film and its captivating story.