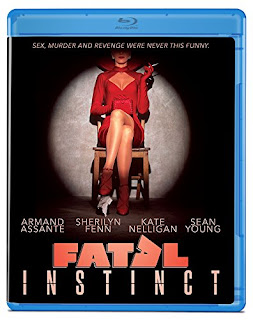 The price we paid for Airplane! has been very high indeed. That unexpected hit was unlike anything we'd seen before (not even from Mel Brooks): A spot-on satire presented with a completely straight face, featuring a cast best-known for dramatic roles. The gags came so fast and furious that you couldn't catch them all in one viewing. Airplane! was like a MAD Magazine satire come-to-life.

Like Airplane!, Fatal Instinct is loaded with more gags and puns than the average script can hold. Unfortunately, most of them are heavy-handed and dumb. Much of what made Airplane! so great, besides being the first of its kind, was the attention to details (often in the background) which may not be noticed even after many viewings. That subtlety is what separates the film from its imitators, even today. Most of Fatal Instinct’s gags are broad, slap-sticky and in your face. What’s ultimately sad is this is one of the last films directed by the great Carl Reiner, who’d previously helmed many comedy classics and is responsible for some of Steve Martin’s best movies of the 80s.


However, one thing the film definitely does right is casting actors not normally associated with comedy. Armand Assante and James Remar, in particular, are pretty amusing, essentially spoofing their own images with the same intensity as their more serious performances, which is good for a few hearty laughs. Some other scattershot gags work as well, but not nearly enough to make it worthy of mention in the same sentence as Airplane! or Blazing Saddles. Even so, Fatal Instinct is a freaking masterpiece compared to the current visual vomit (mostly by Aaron Seltzer & Jason Friedberg or one of the Wayans brothers) passing itself off as parody.

EXTRAS:
None, even though there are bonus features listed on the cover. 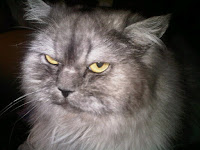