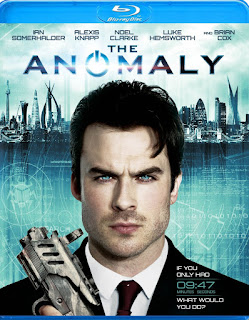 It’s the future. A powerful organization is using mind-controlling bio-technology as a weapon to manipulate others into doing all sorts of nasty deeds. One victim is our hero, Ryan (Noel Clarke), who has no idea what’s going on, especially since his mind transfers from one individual’s body to the next every ten minutes. But that doesn’t stop him from commencing in some ass-kicking to discover this organization’s nefarious agenda.

The Anomaly never makes it quite clear what that agenda actually is, nor the stakes involved. Still, ambiguity isn’t the film’s problem. I love nothing more than well-made, intricate sci-fi which takes its time laying its narrative cards on the table and forcing me to think. But there’s a big difference between challenging and convoluted. The Anomaly is a dull, derivative mess, plucking story elements from similar films like Total Recall without any rudimentary understanding of what makes a good mindbender.


But even that could be overlooked if the film at least provided some interesting characters and action, which The Anomaly doesn’t. As directed and co-written by star Noel Clarke (can we say vanity project?), the film is populated with dull, cliched characters and bland performances. The numerous fight scenes are ultimately rendered unintentionally funny due to the extreme overuse of Matrix-style slow-motion, even when two combatants are merely shoving each other.

Narratively confusing without ever earning the right to be so, The Anomaly is a laborious chore to sit through. In fact, it almost plays like a failed pilot for a SyFy channel series. There are plenty of better films of this genre (both blockbuster and low budget) which are more worth your time.

MEH...ON PAR WITH A HAIRBALL