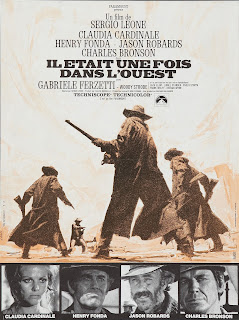 As beloved animals go, I'm not a big fan of monkeys. In fact, they kind of creep me out.

I know a lot of folks think they're endearing because they resemble hairy little people when trained to ride a tricycle or water-ski. Maybe we're charmed by these critters because of an overall sense of evolutionary superiority and watching these primate cousins imitate our behavior is inherently cute or, in the case of most movies featuring monkeys (with the possible exception of Outbreak), a comedic trope as tired as fart jokes in an Adam Sandler film.

I never thought there was anything cute or funny about monkeys just because they superficially resemble us. After all, one of my late uncles looked and walked like a monkey with slightly less body hair, but no one ever thought he was adorable when attempting to water-ski (it was actually kind of sad). Furthermore, my aversion to primate charm probably goes a bit deeper than some monkey fans because I've personally witnessed another grotesque similarity we share with our biological brethren.

Several years ago, I went to the Oregon Zoo with my wife, parents and sister, the latter being 25 at the time. I'd visited the zoo many times before, and my least favorite exhibit was always the primate house because these critters were too much like us to be truly interesting. Personally, I always preferred the penguin house because, even though the stench of bird shit and dead fish was gag-inducing, these little beasties were adorably alien to anything resembling bird or man.

Everyone laughed and my sister was suitably embarrassed, but my eyes burned with the knowledge that I'd never be able to unsee this horrific act of interspecies lust. The little beast was jerking off in plain view of children and families, something I hadn't seen since the last college party I attended, and at least that guy had the excuse of previously slamming back an entire bottle of Peach Schnapps.


I felt the same way after seeing Henry Fonda's performance as Frank, the cold-blooded villain in Once Upon a Time in the West, one of director Sergio Leone's greatest westerns. Though he doesn't pull out Henry Jr. to yank-away in the presence of Claudia Cardinale (though I might have), he still participates in a fairly disturbing sex scene with her. In fact, everything Frank does is disturbing.

As a gunfighter hired by a ruthless railroad magnate to clear the land of those standing in the way of progress, Frank not only kills entire families, he appears to really enjoy his job. His steely blue eyes and bemused expression just before unceremoniously shooting a young boy is tough to endure, as is a flashback scene in which we finally learn why our hero, Harmonica (Charles Bronson), has such a vendetta against Frank. In this scene, Frank forces Harmonica to physically support his noose-bound brother on his shoulders until his strength gives out. The entire time, Frank looks like he's actually getting-off on their agony.

But most disturbing is the fact this was Henry-fucking-Fonda blazing this brutal, barbaric, bloody trail. Fonda was always an iconic symbol of undisputed righteousness in such classics as The Grapes of Wrath, Mister Roberts and 12 Angry Men. In terms of good guys, Henry Fonda was Hollywood's poster boy. To suddenly see him not only play a villain, but totally disappear into the role with such perverse intensity, was truly unnerving. Like witnessing that Oregon zoo monkey spank his own monkey, it forever changed how I viewed Fonda. On one hand, it's an extraordinary performance and pretty fucking brave at the time. On the other hand, to witness a beloved American icon so convincingly wallow in depravity would be similar to seeing Debbie Reynolds dominate a lesbian sex scene in a porn film. Our collective jaws drop and we aren't quite sure whether or not we like what we're seeing.


The fact that Henry Fonda was perfectly capable of dwelling in darkness for a role was a revelation, ultimately a tribute to his inherent talent. Yet at the same time, I was shocked that this congenial American everyman was able to find something within himself which rendered Frank such an awful, despicable and perverse human being. Put in modern terms, imagine Tom Hanks being cast as a serial rapist and totally nailing the part.