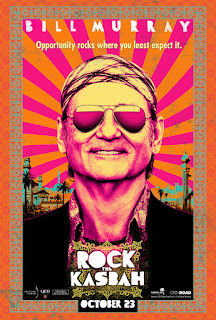 The OFFICIAL TRAILER for Bill Murray’s upcoming film, ROCK THE KASBAH, has been released!