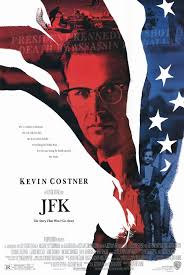 Some of you might be too young to remember this, but back in the 1970s there was a plethora of cheap pseudo-documentaries released in theaters promising to unlock mysteries of the Bermuda Triangle, ancient aliens, Lincoln's assassination, Sasquatch, Noah's Ark and UFOs. A lot of 'em were produced by Sunn Classic Pictures, who had the perfect formula: compile grainy photos & badly-acted reenactments, accompanied by testimony from so-called experts, then tack on ominous narration by Rod Serling, Leonard Nimoy or Brad Crandall and you've got box office gold. These paranoid movies came and went in theaters within a week or two, but were so inexpensive to make that they earned a tidy profit.

If you are old enough to remember any of those films, you also know you never left the theater any more enlightened than you were when you bought your ticket. Despite some of the most ingenious marketing campaigns of that era, none of these films ever really provided any revelatory information, and most of them ended up raising more questions than they actually answered. Still, they were fun to watch, especially if you were a kid, before real life made you the cynical old fart you are today.

Those movies mostly disappeared in the early 80s, but the genre has enjoyed a resurgence of-late, through History Channel's psuedo-docs about Nostradamus or the end of the world, or reality shows like Finding Bigfoot. But in the interim, Oliver Stone gave us what is arguably the greatest Sunn Classic Picture that wasn't actually made by Sunn Classic Pictures...

JFK spends its entire running time raising a shitload of questions without actually answering any of them, but does it so entertainingly that its three hours feel more like 90 minutes. This is a movie so hell-bent in its convictions that, not only do we get sucked into this perceived conspiracy to kill the president, we forget how fast and loose Stone plays with history. He manages to convince us that, not only is John Kennedy one of the most historically-important public martyrs since Jesus Christ, so is Lee Harvey Oswald (Stone stops just short of declaring Oswald some kind of unsung hero), which may be why the movie raised so many hackles back in 1991. Stone does such a great job presenting his theories as fact that JFK manages to do what very few three hour movies can, which is make you want to watch it several times. 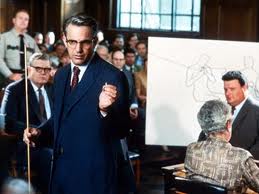 "This is going right up my nose."

I have seen JFK at least a dozen times, and while some of it reeks of paranoid histrionics, two scenes grab me every time. The first is when Donald Sutherland (unbilled, playing ‘Agent X’) secretly meets Garrison (Kevin Costner) and unveils why the Kennedy assassination could not have been anything but a massive conspiracy. In reality, this meeting never took place, but damn, it’s intense. The other is the final courtroom scene, where Jim Garrison (Kevin Costner), speculates the events before, during and after the assassination. But for someone who reveres Kennedy so much, Stone sure does love repeatedly showing the man’s head being blown off. Historically, both scenes may be total bullshit, but at least while watching, I get sucked into the whole conspiracy all over again, simply because it's great drama.

While JFK doesn’t really solve any mysteries, it does manipulate us into thinking some kind of conspiracy is at least plausible, and points accusing finger at damn near everybody. If you've ever listened to Oliver Stone, you know he likes to blow a lot of smoke up our asses, especially regarding this film, which he seems to think is as important to our recent history as the Zapruter Film. In the end, JFK is simply a great movie, and that's all. And structurally, it's just like those old Sunn Classics, only with a bigger budget and better actors.
Posted by D.M. Anderson at 12:01 PM