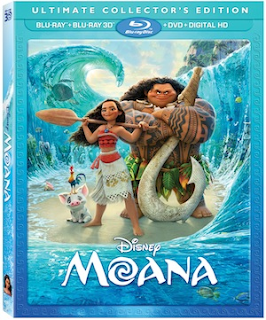 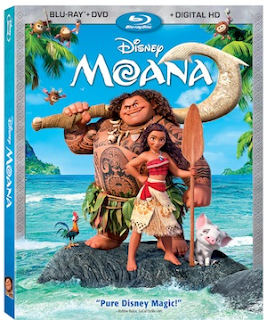 Continue the journey with hours of fun-filled extras showcasing an all-new mini-movie, the charismatic cast, famed filmmakers, dynamic musical team, the beautiful people and cultures of the Pacific Islands, a deleted song, deleted scenes, and more!

Walt Disney Animation Studios’ Moana, the sweeping story of a spirited teenager who sets sail on a daring adventure to save her people, starring newcomer Auli‘i Cravalho as the voice of brave and tenacious Moana and Dwayne “The Rock” Johnson (HBO’s “Ballers,” “Central Intelligence”) as the larger-than-life demigod Maui, has dazzled both critics and audiences. The film earned a 95% critics’ consensus on Rotten Tomatoes and the No. 1 spot at the domestic box office opening weekend. Now, “Moana” sets a new course, sailing home on Digital HD/3D and Disney Movies Anywhere (DMA) on Feb. 21, and on Blu-ray 3D™, Blu-ray, DVD and On-Demand on March 7.