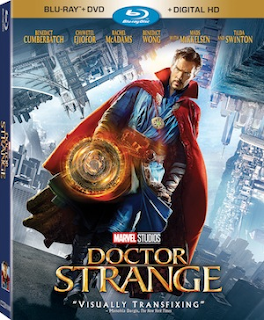 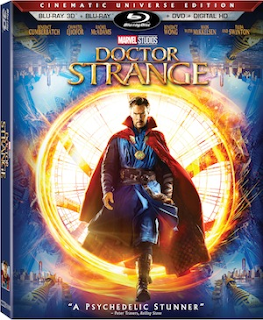 Own the critically acclaimed blockbuster with 80+ minutes
of extras highlighting the award-winning cast!

BURBANK, Calif., January 6, 2017 — Marvel Studios’ Doctor Strange, the story of Dr. Stephen Strange, Master of the Mystic Arts, has mesmerized both audiences and critics, pulling in more than $658.3 million at the worldwide box office to date and earning a 90% critics consensus on Rotten Tomatoes. The biggest single-character introduction in the Marvel Cinematic Universe (MCU), it also carries on Marvel Studios’ winning streak as the 14th consecutive MCU film to debut at #1 at the domestic box office.


On Feb. 14, Doctor Strange fans can bring home the critically acclaimed blockbuster early on Digital HD/3D and Disney Movies Anywhere, or on Blu-ray 3D™, Blu-ray, Digital SD, DVD and On-Demand on Feb. 28. The Blu-ray and Digital releases come packaged with over 80 minutes of fascinating, never-before-seen bonus materials, including five behind-the-scenes featurettes, five deleted scenes, hilarious outtakes, part two of the comical mockumentary “Team Thor,” audio commentary, and an exclusive look at the future of the Marvel Cinematic Universe.
Posted by D.M. Anderson at 9:59 AM