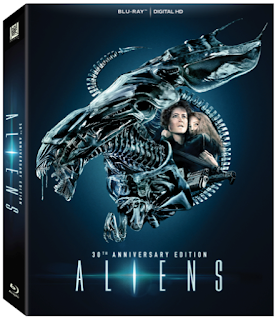 If you're reading this, chances are you already have Aliens in your collection in some form or another. Why wouldn't you? As a sequel, it's one of the best of all time, not just because it compares more-than-favorably to the original, but because it's a unique film unto itself. Writer/director James Cameron uses the concepts hatched by Alien (no pun intended) as a springboard for a film that's completely different in pace, tone and level of character development. It works as both a sequel and a stand-alone sci-fi/action epic on its own. Best of all, Aliens has aged remarkably well for a 30 year old film; few sci-fi/action films released since have even come close to matching its intensity.

Along with the original, Aliens is the only other film in the entire franchise (which is still being milked) that's an undisputed classic. Hence, it's also been repeatedly re-released and repackaged over the years, by itself and in various boxed-sets with the others (such as 2010's impressively-exhausting Alien Anthology). Just like they did with Alien back in 2014, Fox has put out this handsomely-packaged Blu-Ray boxed set to celebrate its 30th Anniversary (has it really been that long?).

If you've never gotten around to adding Aliens to your collection and understandably don't want to waste your money on the other sequels, by-all-means, go right now and pick this up. Not only does it include both the original theatrical version and 1991's highly-touted Special Edition (generally considered the better of the two), this set comes with a booklet of beautifully illustrated art from the Dark Horse comic series. There are also 10 postcard-sized collector's cards of original concept art. 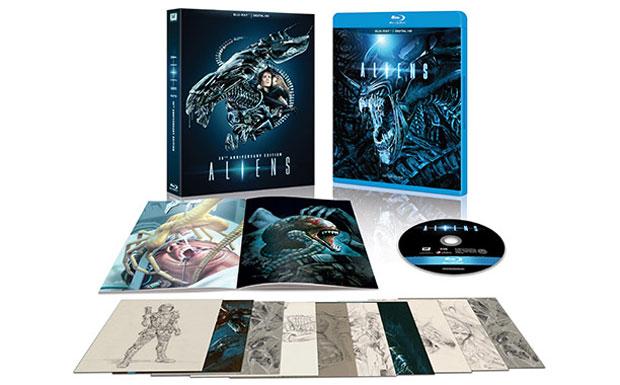 However, the disc's picture, sound & bonus features (all of which are remarkable) are exactly the same as those included on the Alien Anthology, and most of those extras were part of the Alien Quadrilogy DVD set back in 2003. Aside from the artwork, the only new bonus feature is "The Inspiration of Aliens," which isn't on the disc. It comes as a digital code which can be streamed 10 times and has an expiration date. As for the digital copy of the film, it's only the theatrical version, not the Special Edition.

Needless to say, the Aliens 30th Anniversary Edition is more of a commemorative souvenir than anything else, albeit a nicely packaged one. Of course, the film is great and still holds up well after dozens of viewings, but this release is more for newcomers and hardcore completists. Casual fans need not apply.

The following are the same features included in 2010's Alien Anthology:
Theatrical Version and the 1991 Special Edition
Deleted/Extended Scenes
Original and Final Isolated Film Scores
Audio Commentary with Writer/Director James Cameron, Producer Gale Anne Hurd, Aliens Effects Creator Stan Winston, Several Special Effects Artists and most of the Primary Cast (minus Sigourney Weaver)
Deleted Scenes Footage Marker (For the Special Edition, this feature lets you know which scenes weren't in the theatrical cut)
"MU-TH-UR Mode" Interactive Feature (My favorite feature, this allows you to access bits of trivia and supplemental materials, of which there's a ton)

New to this edition:
Digital Code for "The Inspiration of Aliens" (An all-new featurette featuring James Cameron, but I've been unable to access it as of this writing)
Booklet of Comic Book Art from Dark Horse Comics
10 Collector's Cards of Concept Art
Digital Copy of the Theatrical Version

NOT BAD...THE MOVIE ITSELF IS EXTREMELY MEOW-WORTHY, BUT WE'VE SNACKED ON MOST OF THESE KIBBLES BEFORE