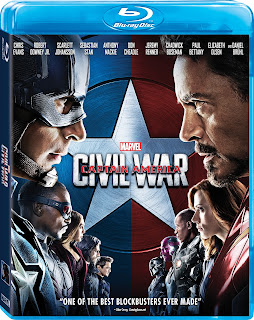 I went to my cinematologist awhile ago in an emotional funk, feeling wiped-out and overwhelmed. After entering his office and lying on the sofa, he asked me how long I had felt this way.

"You don't like superhero movies?" he asked, taking a notepad and pen off his desk.

"I like superheroes just fine. I like lasagna, too, but I wouldn't order it every time I eat out. But now, everything is franchises, crossovers, spin-offs and cinematic universes. Why the hell does everything have to be connected? Why does my enjoyment of one movie depend on whether or not I've watched a half-dozen others, even if they aren't from the same franchise? Why do fanboys keep insisting I'd like Batman vs. Superman if I was more familiar with the comic books? Back in my day...if a movie required prior education just to enjoy it, we called that a bad movie! But Hollywood just keeps hitting us again and again! More superheroes! More superheroes every year! More superheroes per movie, for Chrissakes!"

The doctor knowingly nodded as he jotted a few notes, like he'd already heard my story dozens of times before.

Taking a minute to calm myself, I continued. "There's been five superhero movies released so far in this year alone, but I've had enough, Doc. It's all too much. Even if I had enough disposable income to see them all, I've simply stopped caring. I think I might be suffering from..." I swallowed hard and looked him in the eye. "...Superhero Fatigue."

A bemused chuckle escaped his lips. "And I suppose you also think you can contract syphilis from a toilet seat.”

“What are you talking about?”

“Sir, there’s no such affliction as Superhero Fatigue, though you wouldn’t know it by going on the internet. Figuratively speaking, you’re letting a few batches of supermarket sushi spoil your whole taste for Japanese food.”

“The superhero genre is now at a place where zombie movies were a few years ago. You’re being subjected to so many nowadays...some truly good ones now and then, but a lot that are just more-of-the-same and a few that are downright terrible. You know...the bad sushi. You’ve become overwhelmed and cynical. But I have a prescription that might help...”

The doctor stood, plucked a Blu-Ray copy of Captain America: Civil War from his shelf and tossed it to me.

I took one glance at the cover and shook my head in disgust. “See, that’s just what I’m talking about, Doc! There’s a dozen freaking superheroes in it! How many can you fit into one movie anyway? It’s just overkill!”

“Has Marvel ever let you down before?”

“Okay, let me re-phrase. Has Captain America ever let you down?”


I smiled, recalling how much I liked the first two films. “Of course not. In fact, I think The Winter Soldier is one of Marvel's best movies.”

“There you go...and Civil War is no Batman vs. Superman. Sure, there are a ton of characters from other movies. Some are little more than glorified cameos, like Ant-Man and Spider-Man, but their appearances aren't gratuitous. Some of the new characters introduced, like Black Panther, are quite interesting and an important element to the story. Speaking of which, Civil War's plot is a good one. Because of the massive destruction and casualties caused by previous clashes between the Avengers and various villains - Captain America's recent exploits are singled out in particular - the United Nations wants them under government control. While Tony Stark (Robert Downey Jr.) has half the team convinced this might be a good thing, it doesn't sit well with Steve Rogers (Captain America, once again played by Chris Evans). Rogers doesn't trust the government, nor does he feel the Avengers should need permission to go into action. His concerns are exasperated by a terror attack which kills an African King. The Winter Soldier (Sebastian Stan), now a worldwide fugitive, is blamed for the attack. But Rogers believes the old Bucky Barnes is capable of being saved, so he tries to find and save him from the other Avengers, who are acting on the government's behalf. It turns out the attack was instigated by Helmut Zemo, who has a book he stole from Hydra which contains a series of trigger words which turn Bucky into a...by the way, this isn't confusing you, is it?”

I shook my head. “No, I've seen all the other Marvel movies.”

“Good, because Civil War doesn't take the time to explain events and characters in previous films leading up to this. The film plays on the conceit that everyone in the audience is already quite familiar with them, which I suppose many are. However, anyone coming into this cold will be completely lost, which I guess was one the biggest complaints you had when you came in.”

“Well, you've seen them all, so lighten-up and step off your soapbox, because while Civil War isn't quite a good as The Winter Soldier, it's a worthy follow-up and lot of fun. I've heard other patients with similar complaints saying it looks more like The Avengers 2.5. While a lot of them do show up, including some with major roles, Hulk and Thor are absent. It would have been nice to find a place for the Hulkster amid all the action, but Thor was always the least interesting Avenger and isn't missed.”

The doctor shrugged. “Even though the thing is loaded with enough superheroes for 12 movies and Robert Downey Jr shares nearly equal screen time with Chris Evans, Civil War is still ultimately Captain America's story; how his loyalties and friendships are tested. The story may be a bit more complex than necessary, but the action is terrific and it's great to see all these Marvel characters again...kind of like visits from old friends. Seeing them try to pound the crap out of each other at an airport is definitely the high point, though the epic scope of that scene renders a later square-off between Captain America and Iron Man a little anti-climactic. Still, Captain America: Civil War is everything Batman vs. Superman should have been: Intriguing, fast-moving, funny and highly character-driven. In my professional opinion, it's the second best superhero film of the year.”

“Why, Doc, you little pervert.”

The doctor checked his watch. “Looks like our time is up. I hope we made some progress today.” He nodded to the disc in my hand. “You give that baby a spin. I think you might find it'll help alleviate some of your so-called Superhero Fatigue. And don't forget to check-out the bonus features. They'll make you appreciate the effort that went into making this one.”

I stood and shook his hand. “Will do, Doc. And thanks. Same time next month?”

“Sure. We'll bitch about reboots or something.” 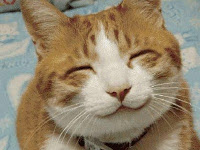 PURR...LIKE A GOOD SCRATCH BEHIND THE EARS
Posted by D.M. Anderson at 8:10 AM