Sonderkommandos were Nazi concentration camp prisoners forced to help dispose of the bodies sent to the Auschwitz gas chambers. They were also required to collect what was left of the victims' belongings, handing over anything remotely valuable to the Germans. Worse yet, Sonderkommandos were painfully aware that they'd soon suffer the same fate, since the Nazis obviously wanted to keep their attempts at genocide a secret. It's an unspeakable task that's still hard to fathom, and we get the look at the entire process during Son of Saul's first ten minutes, quickly establishing the bleak, oppressive tone of the entire film.

Most of it is told through the eyes of Saul (Geza Rohrig), a weary Hungarian prisoner who's witnessed just about every concentration camp atrocity imaginable. However, after a young boy who survived the gas chamber is unceremoniously suffocated by the local Nazi surgeon and slated for an autopsy, Saul takes in onto himself to find a Rabbi to give him a proper burial before he can be cut open. He claims to fellow prisoners the boy is his son, though we're pretty sure he isn't. Still, we learn a lot about Saul through this obsessive quest, especially after it threatens to undermine a planned rebellion by the other inmates.


Obviously, Son of Saul is not a fun time at the movies, nor does it go the Schindler's List route by presenting the main character as an inspirational beacon. In fact, Saul's actions and willingness to risk the safety of others for the sake of a dead child are sometimes maddening. Still, the story packs an emotional wallop, mostly for what the Sonderkommandos are forced to endure, and the sobering reminder that Auschwitz was a place where there was no hope for survival.

Son of Saul won the 2016 Oscar for Best Foreign Language Film, and I suppose it's easy to see why. Aside from being another visual reminder of wartime atrocities we should never forget (though presented in the background, mercifully out-of-focus), the performances effectively convey the quiet desperation of their characters. Rohrig is nearly perfect as Saul, his face often saying what a thousand words of dialogue couldn't accomplish.

However, Son of Saul is unrelentingly bleak. Within just a few minutes, we're certain things are not going to end well. While offering even a few branches of hope would negate the power & purpose of the entire film, it also renders Son of Saul something most viewers are content to endure only once. 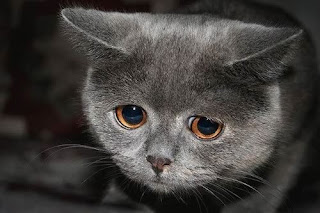 WELL DONE, BUT AN EMOTIONAL WORKOUT.