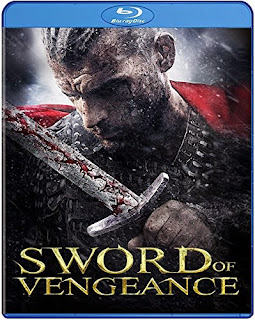 Watching Sword of Vengeance is like attending a vegan dinner party where they serve meatless lasagna. Sure, it looks like lasagna, smells like lasagna, and may even superficially taste like lasagna. But deep down in your heart, despite what your hipster hosts claim as they shovel forkfuls of the stuff and pretend to enjoy it, you know this ain't lasagna. It's noodles & sauce, as satisfying as a can of Spaghetti-Os.

In fact, the entire plot is laid out in an opening title card: a former prince (Stanley Weber) returns to his kingdom to get revenge on his uncle, who killed his father. The rest of the film simply plays it out. We never learn prince's name, but the end credits refer to him as the Shadow Walker (?). Weber scowls his way through the role, looking perpetually brooding, but we literally learn nothing else about him or any other character, including a female warrior he saves from being raped and the group of farmers he reluctantly fights alongside. The primary antagonist, Earl Durant, is perfunctory (aside from a few token murders, we only know he's the head bad guy because we're told he is). Some live and some die, but since video game characters have more personality than these folks, it's hard to care.


It's obvious most of the attention is paid to the numerous battle scenes, which are competent and suitably bloody. Even then, the overuse of slow motion becomes monumentally annoying after awhile; one gets the impression that if everything was shot in real time, the entire film would be 20 minutes long. Director Jim Weedon displays some technical skill, but maybe he should lay-off the John Woo films for awhile and learn that vegan lasagna, no matter how you gussy it up, still has no real substance.

Ultimately, despite all the mayhem, Sword of Vengeance is an action movie that commits the cardinal sin of boring the pants off of you. Undemanding viewers (or those who enjoy watching other people play video games) may appreciate the battle scenes, but the rest of us would like some meat & cheese in our meal.

EXTRAS: (NOTE: Bonus features were not accessible on this disc) 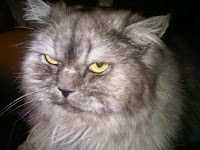