(May 15, 2014– Los Angeles, CA) – Today Varèse Sarabande launches their first ever CD subscription series. Entitled LP to CD, the series will feature soundtrack albums culled from Varèse Sarabande’s vinyl vault that have never been released on CD to date and only available to subscribers.  The first title in the series will be Charles Bernstein’s APRIL FOOL’S DAY, a long out of print and in-demand soundtrack album from the iconic and prolific film composer.  The LP to CD subscription series consists of 12 previous unreleased soundtracks from Varèse Sarabande’s archives, with subsequent titles to be announced each month.  Membership to the LP to CD series costs $10 per month, (plus shipping). 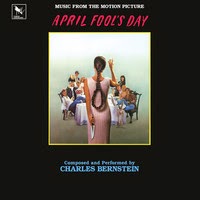 Each album in the LP to CD series is chosen for its quality and archival value.  The individual CDs are authentically packaged in mini-LP replica jackets.  Subscribers who pre-order for the year membership, (billed monthly), will receive a limited edition retro-styled mini vinyl record carrying case with their APRIL FOOL’S DAY shipment to be filled with each successive album during the 12 month subscription run.  The pre-order period runs from May 15 – June 14, 2015. After June 14, fans can join the subscription series on a month-to-month basis.
“Varèse Sarabande has a rich catalog of soundtracks which have never been released on CD,” said Darren Blumenthal, CEO.  “As we have delved deeper into our vaults, we have located many fan favorites that had previously only been released on vinyl.  We believe this subscription series will fulfill the requests of longstanding fans who commit to the series while also introducing a new generation of fans to some of these previously hard-to-find gems.”
Visit http://bit.ly/LP2CDSeries for full details about the LP to CD series.