MAN OF STEEL: Better Than NyQuil 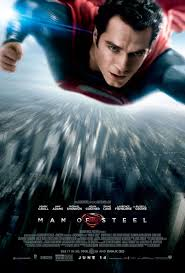 Hands down, Man of Steel is the most disappointing movie I've seen in a theater in years. I had extremely high expectations for this one, which I usually try never to do. I don't even get my hopes this lofty for Quentin Tarantino movies, because while he's the only director left who's never let me down, odds are he'll eventually pump out a turkey.

I couldn't help it this time. Lately, superhero movies have mostly been sure bets when it comes to opening my wallet. Plus, Man of Steel is directed by Zack Snyder, whose Dawn of the Dead remake was better than it ever had the right to be, and his 300 was the greatest guilty pleasure of 2007. Snyder always seems to have great respect for the source material of his movies. Then when you throw in Christopher Nolan (credited as producer and co-story creator), not to mention an absolutely awesome teaser trailer, how could I not get my hopes up? Hell, even my cynical older daughter wanted to check it out (mainly because she thinks Nolan's Batman films are the be-all-end-all of superhero action). Surely this was gonna be the Superman movie.

It isn't, and what makes this ultimately disappointing is Man of Steel isn't a bad movie. But I felt something amiss within the first twenty minutes, when we witness the destruction of Krypton and Jor-El's decision to send his only son to Earth. We've seen this before in the 1978 film, but while the special effects in that one seem quaint today, I was still moved by the emotional weight of Jor-El's resignation that everyone on Krypton was doomed and his son would be the sole survivor. This time I felt nothing, even though what I was watching was supposed to knock my socks off. It was all CGI spectacle, similar to the expensive-but-boring Necromonger invasion in The Chronicles of Riddick.

But hey, lots of great films begin inauspiciously (Revenge of the Sith, for instance), so I still kept my hopes up. And indeed, for yet-another origin story, Man of Steel starts off okay, with Clark attempting to keep a low profile, based on the advice of his adopting father, Pa Kent (Kevin Costner, in his best performance in years). While I do not agree with the decision to present these important father-son scenes as flashbacks, they are the best ones in the entire film.

Then once Clark throws on the cape and Zod shows up to wreak havoc on the world, I kinda checked-out. I know because there were a couple of occasions when I actually nodded off, only to be jarred back to life by my daughter or wife, both incredulous I could drift off during the spectacle we were witnessing.

Let me tell you something...I’ve watched many movies during my life under of variety of physical conditions (including being too stoned, drunk or sleep-deprived to know what was going on), but I can count on two fingers the number of movies which actually made my eyelids too heavy to keep open. The other one was Jurassic Park III. 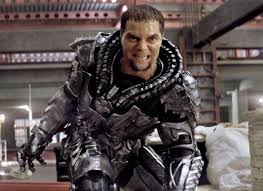 Why? Because, I’m sad to say, both Jurassic Park III & Man of Steel are boring...for the same exact reasons. Neither of them are terrible, but they come across as checklists of everything we’ve come to expect from their perspective genres, without a single surprise, plot-twist or curveball. However, what makes Man of Steel even worse is, unlike Jurassic Park III, which I knew would be more of the same, this was supposed to be an in-depth look into the psyche of Clark Kent/Superman, a film more concerned with his personality, his internal conflicts and the consequences of his actions (like Nolan’s Batman series).

While we do get a taste of that, the movie ultimately degenerates into a third act reminiscent of a Transformers movie...a shitload of urban destruction augmented by CGI effects which are so over-the-top that they suck out any perception of reality, not to mention it's like watching someone else play a video game, only you never get a turn. At least in the Christopher Reeve movies, we felt like we were watching flesh & blood people fighting it out. Personally, CGI ceased making my jaw drop after Lord of the Rings...piling on more doesn't make everything better. On a related note, considering the amount of damage inflicted on Metropolis, the death toll would realistically be in the millions, something a classic Superman would never allow to happen. Yeah, yeah, I know...this is a brooding Superman for the 21st Century and all that...but that doesn't mean he should suddenly become The Dark Knight.

Worse yet, although the overall performances are great, I didn't really care about any of these characters. At least The Avengers gave us interesting characters before lighting the CGI fireworks. Even Lois Lane (Amy Adams) has nothing important to do or say. She seems like an afterthought, shoehorned in simply because the character is iconic, not because she’s important to the story. Amy Adams may be the Care Bear-cutest movie star in the world, but I think introducing her character in a second film would have been better.

I might be nitpicking. After all, this is a rebooted Superman for a new generation, and maybe this is exactly what people wanted. My wife loved the film. In fact, she seemed a bit concerned over my blah assessment when we walked out of the theater. Because she had to nudge me awake once, she claimed I slept through the whole thing. That’s not true. Sure, I nodded off a few times because Man of Steel is ultimately a road already well-traveled.

Maybe the problem is me. Maybe it's my fault for assuming Man of Steel would be something more than it turned out to be. Maybe I'll like it better the second time around, without the high-expectation baggage and hidden box of Goobers I brought into the theater. Or maybe it'll someday join that small selection of movies on my office shelf - which includes Dune, Jurassic Park III and every Pirates of the Caribbean sequel - the ones I pull out late at night when I can't fall asleep and don't have any NyQuil in the house.
Posted by D.M. Anderson at 1:03 PM