COUNTDOWN Available on Digital 1/7 & Blu-ray and DVD 1/21
What if your phone could tell you when you’re going to die? Would you want to know? There’s a killer new app in COUNTDOWN, the terrifyingly original and inventive horror-thriller arrives on Digital, Blu-ray, DVD and On Demand. from STXfilms and Universal Pictures Home Entertainment. Guaranteed to keep you on the edge of your seat, the “fun and thrilling” (Shannon McGrew, Nightmarish Conjurings) film follows a young nurse (Elizabeth Lail, “You”), who downloads an app that claims to predict exactly when a person is going to die. With only three days left to live and death closing in, she must find a way to save her life before time runs out. Combining “jump scares around every corner” (Kimber Myers, Los Angeles Times) and intense suspense, COUNTDOWN chronicles a frightening twist on the consequence of technology’s invasion of our lives.
ABOMINABLE on Digital 12/3, and on 4K Ultra HD, Blu-Ray, DVD and On Demand 12/17
DreamWorks Animation and Pearl Studio’s co-production ABOMINABLE is a magical action-packed adventure for the whole family; with a 95% Audience score on Rotten Tomatoes, critics are calling this new animated classic “pure magic” (Dave Morales, Fox TV Houston). Yi, Everest and the gang come home just in time for the holidays on Digital, 4K Ultra HD, Blu-Ray, DVD and On Demand December 17, 2019 from Universal Pictures Home Entertainment. Boasting the biggest opening for an original animated film this year, ABOMINABLE is “an epic, colorful journey home. Beautiful and exhilarating to behold” (Glenn Kenny, The New York Times). The 4K Ultra HD, Blu-ray, DVD and Digital versions feature tons of fun bonus content including 2 original shorts, deleted scenes, and activities for the entire family to enjoy.
PRIMAL on Digital 12/31, and Blu-ray & DVD 1/7
Nick Cage vs. a Killer Cat on a boat? COUNT US IN! When Frank Walsh (Nicolas Cage), a hunter and collector of rare and exotic animals, bags a priceless white jaguar for a zoo, he figures it’ll be smooth sailing to a big payday. But the ship bearing Frank’s precious cargo has two predators caged in its hold: the cat, and a political assassin being extradited to the U.S. After the assassin breaks free – and then frees the jaguar – Frank feverishly stalks the ship’s cramped corridors in hot pursuit of his prey, right up until the thrilling, unpredictable climax. 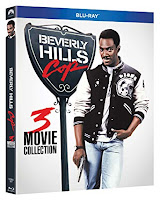