We reviewed a slew of Blu-Rays, DVDs, books and CDs in 2017. Time to take a look back at the best & worst of them. While we have seen more movies than the Surgeon General recommends, our lists consist strictly of titles which were sent to us for review purposes. 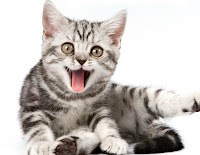 PURR-R-R...THE BEST: We reviewed some good stuff this year, but the following titles were better than being turned loose in a bird sanctuary:

10. DEATH RACE 2050 - Cheap, sleazy, violent, ridiculous, irredeemable...and a hell of a lot of fun. Just like Roger Corman's original cult classic.
9. THE RED TURTLE - Its simple-yet-engrossing story, coupled with beautiful hand-drawn animation, make the film a terrific change of pace from the usual stuff passing itself off as family fare.
8. DETROIT - Kathryn Bigelow's best film to date. Hard to believe this is the same director once responsible for Point Break. Compelling, disturbing and ultimately tragic, you'll be mad as hell by the time the end credits roll, but you're not likely to forget what you just saw.
7. HIRED GUN - A fascinating - and long overdue - documentary about music we've all heard from the perspective of those we haven't...a dozen or so professional musicians paid to make other people sound good.
6. HANS ZIMMER: LIVE IN PRAGUE - To this writer's humble ears, Hans Zimmer is currently our greatest living film composer. As it turns out, Mr. Zimmer can also be quite the showman...maybe even a bit of a rock star. This stunning concert film features some of the best-known music of his career.
5. LOGAN - We here at Free Kittens were never the biggest superhero movie fans in the world and are frankly tired of the genre as a whole. But Logan is a different animal, stripped of gratuitous spectacle and focusing on only three key characters while embracing the look & tone of a dark western.
4. A GHOST STORY - A unique film which ultimately plays like one of those wonderfully sad songs that manages to get stuck in your head. While narratively demanding, it's actually an emotionally simple story filled with haunting imagery that will stay with the viewer long after it's over.
3. RONIN - The best action film of the 90s. This re-issue from Arrow Films throws in a few new-to-Blu-Ray extras in addition to the supplemental material that was included on the original DVD. However, the terrific 4K restoration is what makes this disc the best re-release of the year.
2. KEDI - A congenial, beautifully-shot documentary about free-roaming cats and their unusual relationship with various people and communities throughout the city of Istanbul. This film is a must-own for cat lovers everywhere.
1. MOONLIGHT - The 2016 Oscar winner for Best Picture is also the best Blu-Ray release of the year. A poignant, quietly-stunning masterpiece..

HISS...THE WORST: As much as we love movies, there are times when reviewing some them feels like a real job. The following titles deserve to be buried in the litter box:

10. THE DINNER - A good cast is wasted in this joyless, frustrating endurance test padded with needless ambiguity, arty pretensions, boring flashbacks and ham-fisted metaphors.
9. ALL EYEZ ON ME - An artist as culturally influential and polarizing as Tupac Shakur is certainly worthy of an equally compelling biography. But if you're expecting anything nearly as riveting as Straight Outta Compton, forget about it. Aside from a convincing performance by Demetrius Shipp Jr, this is a massive disappointment.
8. BRITNEY EVER AFTER - An inane, brain-dead "biopic" in which all the research of its subject must have come from the National Enquirer.
7. KILL 'EM ALL - Unfortunately, not a Metallica bio. Instead, a severely haggard-looking Jean-Claude Van Damme punches and kicks his way through another batch of idiotic henchmen. Typical direct-to-video sewage with a pointless and dumb twist ending that suggests somebody has seen The Usual Suspects too many times.
6. THE ASSIGNMENT - What the hell, Walter Hill? You used to be so adept at combining crackling action with interesting characters, but even your last debacle, Bullet to the Head, was more trashy fun than this piece of low-wattage sleaze. I don't know...maybe your best years are truly behind you.
5. THE SHACK - Preachy, condescending, heavy-handed slop served up with a heaping side dish of fatalism. Its message of forgiveness - even for a guy who murdered your daughter and got away with it - is almost offensively simplistic. Even worse...it's long, boring and features no characters we really care about.
4. WE ARE THE FLESH - Grimy horror porn masquerading as an art film. The whole thing is really pretentious, even tedious, including all the bizarre, perverse imagery directer Emiliano Rocha Minter rubs our noses in. Perhaps someone should inform him that simply being uninhibited doesn't necessarily make you bold
3. THE KLANSMAN - If it weren't so narratively and technically inept, one could be really insulted by the film's attempt to wrap racially-charged, exploitative sleaze in a shroud of social awareness and self-importance. It's just a notch or two above a grindhouse film, only with a respected director and two legendary actors committed to tarnishing their legacies.
2. GUN SHY - Gun Shy is missing two key components of any great action-comedy: the action and the comedy. Even at 92 minutes, the film feels like it goes on forever. Gun Shy also has more end/post-credit scenes than a Marvel movie, none of which serve any purpose...except to repeat the dick-attacking snake gag again (it isn't any funnier the second time).
1. MASTERMINDS - What makes Masterminds the worst of the year is the enormous waste of talent on both sides of the camera, not to mention a squandered opportunity by turning a rather remarkable true story into a juvenile, lowbrow comedy loaded with cartoon caricatures and shit gags. Even that could be forgiven if any of it was remotely funny.