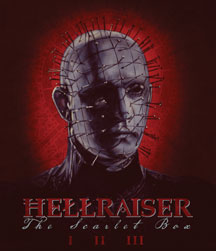 These terrifying and original films boast brand new 2k restorations along with hours of archival content and newly produced extras including audio commentaries and interviews with Clive Barker, Doug Bradley and Sean Chapman in his first interview on the Hellraiser films in decades.

The 4-disc set will also include the newly edited version of Leviathan, the definitive documentary on Hellraiser and Hellbound: Hellraiser 2. A new documentary, Hellraiser: Evolutions, will also be included and will look at the evolution of the hit horror franchise and its enduring legacy.

These features will sit amongst a host of rarities and never-before-seen footage from the movies including the legendary 'Surgeon' scene from Hellbound: Hellraiser 2, the subject of fierce debate amongst fans for many years, now finally unearthed for its home video debut. 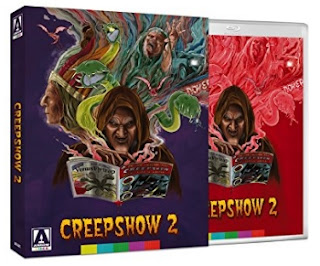 Whilst retaining the EC comic book flavor that made the original such a hit, Creepshow 2, this time directed by long-time Romero collaborator Michael Gornick, is a decidedly darker and grimmer affair than its predecessor and remains one of the greatest horror anthologies of all time. 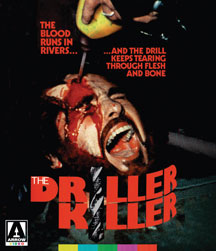 In career that has encompassed such controversial classics as Ms. 45, Bad Lieutenant and Welcome to New York, none of Abel Ferrara's films have quite managed to match the shock, extremity and downright notorious nature of The Driller Killer.
Ferrara plays struggling artist Reno, a man pushed to the edge by the economic realities of New York living in the late seventies and the No Wave band practising in the apartment below. His grip on reality soon begins to slip and he takes to stalking the streets with his power tool in search of prey...

Forget Taxi Driver, The Warriors and The New York Ripper, The Driller Killer is the definitive look at NYC's underbelly - a slasher that is as much at home in the arthouse as it is the grindhouse.
Posted by D.M. Anderson at 1:29 PM