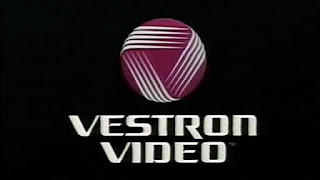 Lionsgate is exhuming classic horror films with a red carpet rollout this fall for the limited-edition Vestron Video Collector’s Series. Hours of materials have been assembled for the Vestron Video Collector’s Series Blu-ray™ releases, starting with six horror cult classics! Taste the fear and the flesh, in shocking high definition for the first time, as teenagers meet their untimely demise at the hands of cannibals, killer robots, horror icons, sewer-dwelling monsters, and an army of the undead!

Vestron Video has been a leader in providing the most unique and wide-ranging selection of films. Lionsgate honors the spirit of Vestron Video by presenting the Vestron Video Collector’s Series — a line of classic genre films newly remastered and with a wealth of supplementary features. Starting with Chopping Mall and Blood Diner, and continuing with Waxwork and Waxwork II: Lost in Time Double Feature, Return of the Living Dead 3, and C.H.U.D. II: Bud the CHUD, these rereleases are for the collector and horror fan alike and will be available for a limited amount of time.

Teenagers trapped in a high-tech mall overnight must find a way out before three malfunctioning security robots destroy them in Chopping Mall. In order to raise an ancient Egyptian goddess, two cannibalistic brothers use their restaurant to add something special to the menu in Blood Diner.

Each limited-edition feature, transferred from the original film elements to high-definition Blu-ray™, is packed with special features including brand-new audio commentaries, behind-the-scenes featurettes, and interviews with cast & crew — including one with Chopping Mall’s robot! The Chopping Mall and Blood Diner Vestron Video Collector’s Series Blu-ray™s will each be available for the suggested retail price of $39.99.
Posted by D.M. Anderson at 12:21 PM