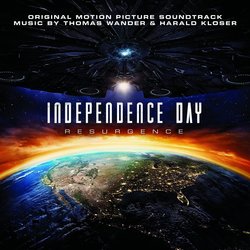 While I can't speak for the movie itself, the score for Independence Day: Resurgence is terrific.

The original Independence Day was, of course, one of the biggest blockbusters of the 90s, with director Roland Emmerich and Will Smith getting a lion's share of the credit. But David Arnold's captivating score was also a major part what made the film work, even though no one seems to appreciate it.

Like Will Smith, Arnold doesn't return for the sequel, though his most renowned theme from ID4 makes a welcome appearance as a reprise. Thomas Wander & Harald Kloser take the musical reigns this time and wisely create a score remarkably similar to the original. It is, by turns, foreboding, ominous, rousing and emotionally stirring, even as a stand-alone piece of music.

The score itself consists of 23 tracks running 1-3 minutes each and is presented more-or-less sequentially. Even without having seen the film, you can almost get the gist of the plot and various story elements from the music alone. Capping off the disc are two songs. The first is “Electric U” by Kid Bloom (no, I’ve never heard of him either). To put it bluntly, the song sucks, serving as a reminder why disco had to die. The second is a yet-another cover of the classic, “Bang Bang (My Baby Shot Me Down).” It’s not bad, though both songs are a rather anti-climactic way to end the disc.

Aside from that, Independence Day: Resurgence is a great soundtrack album, definitely worthy of comparison to David Arnold’s original score. 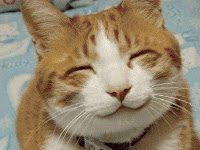