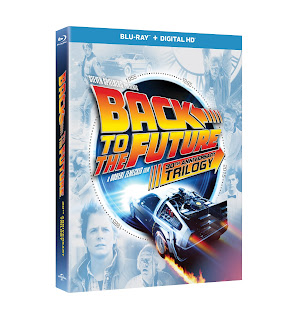 Universal City, California, July 16, 2015 – Great Scott! In 1985 Director Robert Zemeckis, Executive Producer Steven Spielberg and Producer/Screenwriter Bob Gale embarked on a three-part journey through time that broke box-office records worldwide and catapulted Back to the Future into one of the most beloved trilogies in motion picture history.  In 1989, the filmmakers gave us a glimpse of the future in Back to the Future Part II as Marty McFly and Doc Brown traveled to 2015…or, if our calculations are correct, October 21, 2015, to be exact. “The Future” has finally arrived.

Now, Universal Pictures Home Entertainment celebrates this once-in-a-lifetime date, as well as the 30th Anniversary of the groundbreaking first film, with three new releases debuting on October 20, 2015.  Available on Blu-ray™ & DVD, the Back to the Future 30th Anniversary Trilogy will include all three movies plus a new bonus disc with more two hours of content. Back to the Future: The Complete Animated Series will be released for the first time ever on DVD featuring all 26 episodes from the award-winning series and Back to the Future: The Complete Adventures will include all three movies, the complete animated series, a new bonus disc, a 64-page book and collectible light-up “Flux Capacitor” packaging.  Featuring more than two hours of content, the bonus disc will include all-new original shorts, documentaries, two episodes from the animated series and more. 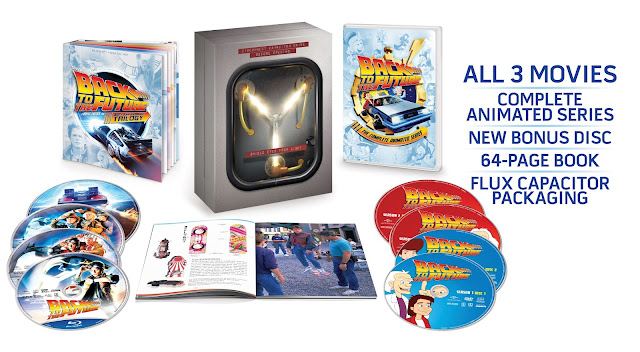 In addition to the home entertainment release, the Back to the Future celebration continues in theaters when the films go back to the big screen on October 21, 2015.  Check local listings for show times. Additionally, Universal Music Enterprises is reissuing an all-new 30th Anniversary picture disc vinyl soundtrack, available October 16th in stores and through all digital partners.