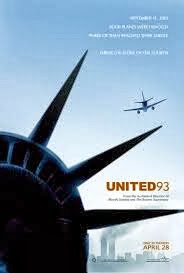 Like most folks, I remember exactly what I was doing when the Twin Towers went down…

I was getting ready for work, fresh-out of the shower with coffee in-hand when I flicked on the TV to get a look at the weather for the day. I’m a middle school teacher, and the building where I work is an ancient ruin without air conditioning. Since my room in particular is subjected to the sun’s wrath all day (tar roof, windows facing south), the morning forecast determines whether I throw on a jacket and tie, or go with shorts & a T-shirt.

But the usual morning forecast wasn’t forthcoming on September 11, 2001, no matter which channel I switched to, because one of the twin towers of the World Trade Center was burning. The caption at the bottom of the screen said a commercial airliner struck the building. It looked like something out of a disaster movie, only with better special effects. Though my wife’s job allowed her to hit the snooze bar several more times, I had to wake her up for this.

Francie got up and came into the living room. Being that the Twin Towers were an iconic symbol of the Big Apple, this was a big deal and truly tragic. We sat in awe in the living room several minutes, briefly stunned by this horrible accident, before time forced us to resume our morning routine.

Most of us have seen cataclysmic disasters unfold on TV…the eruption of Mt. St. Helens, Hurricanes Sandy & Katrina, the tsunami in southern Asia. Tragedies-all, but we were able to at-least wrap our brains around them because nature likes to throw us the occasional catastrophic curveball.

I was on my way to work when another plane hit the second tower (news which interrupted every radio station). In that split second, our lives changed, just like it did for those who remember the bombing of Pearl Harbor or the assassination of JFK. Without being told, we knew this wasn’t a simple disaster…it was an attack, a game-changer when we were rudely-awakened to how vulnerable we really are.

Shortly after I arrived at work, the first tower collapsed. The day became more horrific when the second tower fell, along with news that a plane also struck the Pentagon, and yet-another jet crashed in Pennsylvania on-route to the U.S. Capitol (a detail we learned later). But for most of the day, all attention was on the Twin Towers because it was caught live on TV and shown over…and over…and over…on every channel, including MTV & ESPN. Short of shutting off the TV, we couldn’t escape it.

Sporting events were postponed, and all flights were grounded during the most surreal week of my adult life. You know some heavy shit just went down when the NFL cancels games, and we’re all so used to sky traffic that we don’t even notice it until it’s completely gone. The tragedy dominated the media, with most of the focus on New York (we learned relatively little about the other two crashes, particularly Flight 93, the one which didn't reach its target).

Emotions running through every adult American that day can’t possibly be conveyed in mere words, because we had never experienced anything like this. We were fucking frazzled and didn't know how to act. At school, the day after the attack, I overheard one of my more ignorant students comment how cool it was seeing people leap to their deaths from the top floors of the World Trade Center rather than burn alive. I berated him like no other student before or since, kicking him out of class, blurting out a few expletives and calling his parents to inform them of their kid’s heartless remark. Looking back, I regret the way I handled it. I was simply overcome with such reactionary emotion that I briefly forgot he was just an immature kid incapable of understanding the enormity of what happened.

Stories of ultimate heroism emerged in ensuing weeks…the firefighters & cops in New York, civilians giving their lives to save others. Hell, even George “Chucklenuts” Bush managed to come across as heroic with his promise of swift retaliation.

Then there were the passengers of Flight 93...

Think about it...these folks already heard about the Twin Towers and the Pentagon, so they knew they were going to die. With nothing to lose, they fought back against their hijackers. The plane crashed in a field in Pennsylvania, killing everyone. I couldn’t even begin to imagine what it must have been like on that plane…knowing you’re going to die, but committing the ultimate act of heroism anyway. That fatal realization is something I simply can’t wrap my head around. I’d like to think I’d have been one of those heroes, but I’d more-likely have remained paralyzed in my seat in piss-soaked pants.

Fortunately or unfortunately, United 93 shows us exactly what it was like being on that plane. It depicts events in real-time, from take-off until the tragic end. There are no main characters and much of the dialogue was originally improvised. And because we know the ultimate outcome, we’re uncomfortable from the get-go, a feeling which only grows worse. Though the film never falls into sloppy sentimentality (like Oliver Stone’s overwrought World Trade Center), the last 15 minutes are the most devastating and heart-breaking of any movie I ever sat through…and we don’t even learn most of the characters' names.

I dunno, maybe it’s me. Maybe it affected me so much because United 93 is a historical account of the worst day in American history that occurred only five years earlier. After all, the movie itself isn’t exactly a work of art (only a few steps-removed from found-footage), and one criticism of the film was that it was too soon to relive such a tragedy. For some people, it will always be too soon. To this day, my wife refuses to watch or read anything, no matter are artfully or tastefully presented, having to do with 9/11. While I understand and respect that, what concerns me is time tends to erode our memories more effectively than water cutting through the Grand Canyon.

Each year when September 11 rolls around, I ask my students why this date is significant. During the years immediately following 2001, all hands shot-up because they remembered that day themselves. But as the years clicked away, fewer hands would raise. Today, 2001 is the year most of my students were actually born. Sure, most had heard about 9/11, and some could tell me why this day is historically important. But most weren’t aware over 3000 Americans died that morning, and almost none of them knew anything about the doomed heroes of Flight 93. If I had it my way, I'd show this film every year in every class, even though I don't teach History. When my more egocentric middle-schoolers feel tempted to bitch about how unfairly life is treating them, they can look at these folks, who did not get to choose their fates.

United 93 is arguably the most harrowing depiction of American sacrifice ever presented in a movie (the fact it wasn’t even nominated for a Best Picture Oscar is a blight on the Academy). But there’s now a new generation too young to remember it first-hand. Even if I was allowed to show it to students each year, United 93 will never have the same emotional impact on them as those who so-vividly remember that day.