20 Random Facts You May Not Know About Movies You Know 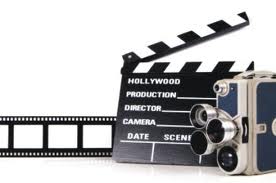 1. Over 7,000 rounds are fired during the climax of Scarface.

3. The “dog” in John Carpenter’s The Thing also played the title animal in the 1991 version of White Fang.

4. The film with the highest all-time onscreen body count is The Lord of the Rings: Return of the King (836).

5. Only six actual alien costumes were made for James Cameron’s sequel, Aliens, which is why you never see more than a half-dozen on the screen at any time.

6. Francis Ford Coppola agreed to write and direct The Godfather Part III mostly because he needed the money.

7. One of the transvestite performers during the “vaudeville” scene in Escape from New York is Roger Bumpass, better known to the world as the voice of Squidward in Spongebob Squarepants.

8. Despite their reputations as box office flops, both Waterworld and Godzilla (1998) actually made money for their studios.

9. Indiana Jones and the Temple of Doom and Gremlins were the two catalysts for the MPAA’s decision to add a new rating to their existing system. 1984’s Red Dawn was the first film to be officially designated PG-13.

11. Technically speaking, Jason Goes to Hell and Jason X have the highest body counts of all the films in the franchise, both with 23.

12. The word ‘zombie’ is never mentioned in Night of the Living Dead.

13. Even though O Brother, Where Art Thou? is loosely based on Homer’s The Odyssey, neither of the Coen Brothers ever actually read it.

14. During the making of Soylent Green, Charlton Heston was the only member of the crew who knew co-star and old friend Edward G. Robinson was dying of cancer. The emotions Heston displayed during Robinson’s character’s voluntary suicide scene were genuine. Robinson died 12 days after filming his scenes.

15. The Exorcist is the only horror movie ever to be nominated for an Oscar in the Best Picture category.

16. Kurt Russell auditioned for the role of Han Solo in Star Wars.

17. Jaws was the first movie to gross over $100,000,000 during its initial theatrical run. Taking inflation into account, it is still the seventh biggest film of all time.

18. In France, Jaws is known as The Teeth from the Sea.

19. The producers of Dirty Harry originally wanted Frank Sinatra for the role.

20. Die Hard with a Vengeance was originally conceived as a Lethal Weapon sequel.
Posted by D.M. Anderson at 5:24 PM