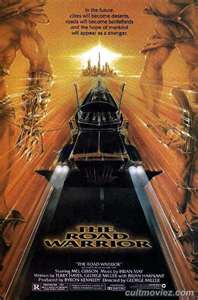 
My jaw continues to drop every time I pull up to the gas pump, the price per gallon seeming to rise on a daily basis, right along with my blood pressure. It wasn’t that long ago five bucks got me through the week. Now, it gets me to and from work once. Oh sure, the price drops a few cents every now and then, just enough for everyone to think $3.60 for a gallon of gas is a real bargain. But, sure as the tide, it’ll spike again to $3.80, then $4.00...etc.

The funny thing is...none of this has really changed anyone’s driving habits, including my own. We all still putter to work in our gas-chugging SUVs, and salivate as auto manufacturers roll out all new versions of V-8, hemi-powered Mustangs & Chargers. Face it...we’ll continue to fill our tanks no matter what the cost. When it comes to gasoline, we’re a nation of highway heroin addicts. And when the day comes when we can no longer afford it, we’ll steal it...hell, the number of “gas ‘n’ dash” crimes in this country has already risen dramatically.

Maybe it’s just a matter of time before a screaming psycho, sporting a mohawk, assless leather pants & spiked shoulder-pads, forces your car off the road, blows you away, then makes off with the liquid gold in your gas tank. All you smug tree-huggers, full of yourselves for shelling out tens-of-thousands for environment-friendly hybrids, will be singing a different tune when the gasoline-apocalypse comes and you’re taken down on the highway by crazy marauders hunting you down in their 300-horsepower death machines. You'll be as helpless as a seal pup in the jaws of a Great White.


I find myself thinking of The Road Warrior more and more every time I have to refinance my house to fill the gas tank. It’s also one of the first movies I ever saw that made the end of the world look like a lot of fun. Speeding down the road in a souped-up Barracuda, blowing people away, crashing cars...how cool would that be?

Of course, that was 1981. Now that I’m well-past the age where I’d look good in leather pants, I have to resign myself to the fact I’d probably be one of the first poor bastards raped and killed for the gas in my car.

The Road Warrior is a flick every self-respecting middle-aged male knows by-heart (right up there with Monty Python & the Holy Grail, A Fistful of Dollars and Apocalypse Now). It’s also, of course, the definitive chase movie, an apocalyptic Road Runner cartoon peopled by a cast dressed like they’re ready to get their freak on at an S&M nightclub (admit it...the movie is one of the gayest pieces of pop-culture to come along since Judas Priest strapped on leather & studs). Oh yeah, there’s also Mel Gibson in the role that made him an international star (long before used up all of his audience goodwill by revealing himself as a drunken Nazi). As Max, the burnt-out, dog food-eating cop who roams the post-WWIII Australian desert in search of fuel, Gibson is every bit the scavenger as the leather-clad gay boys chasing him down the highway. He’s also an shrewd opportunist. After the same band of marauders lay siege upon a refinery defended by the last remnants of civilization, Max offers to help these helpless folks escape the desert to freedom, so long as they give Max all the fuel his car can hold.

That’s one of the really cool things about Max; he’s only a hero by accident...all he wants is gasoline so he can keep speeding through the desert, and doesn’t really give a damn about the folks whose lives he’s saving. Hell, he even puts a kid (the monkey-boy who looks like he was inspired by that Cha-Ka thing from Land of the Lost) in harm’s way by making him climb onto the hood of a speeding truck, just to retrieve a shotgun shell so Max can blow someone else away.

But who really cares about dialogue, plot or symbolism when you’re watching some of the greatest chase scenes ever shot? If you want to look for symbolism in a motorcyclist being crushed under a semi’s tires (in slow motion!), be my guest. While you’re explaining to your college roommate that a crushed biker represents the everyman ground up by the wheels of conformity, I’ll just crack open another brewski & watch the scene again at half-speed, just to see how real it still looks (by the way, it still does). You know, even 30 years later, I’m still wondering how director George Miller pulled some of these stunts off.

While I may no longer think the post-apocalypse hell-hole depicted in The Road Warrior would be such a kick to experience in real life, maybe the movie can still serve has sort of a how-to guide for the future. Sure, I could trade in my pick-up for a gas-friendly hybrid, but the thought of leather-clad crazies attacking me on the highway while driving such a puny putz-wagon keeps me from doing so. I want my next car to blow the doors off of any vehicle whose driver thinks they could take me down on the highway. Sure, you may laugh at my paranoia. The Road Warrior is just a movie, right? Then again, The Running Man seemed ridiculous at one time, too. Now that movie looks downright prophetic with all the reality crap vomiting from our TVs. But I’ll save that tangent for another time.
Posted by D.M. Anderson at 4:45 PM