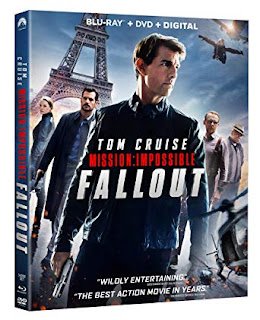 I spotted a true lunatic while driving home from work the other day. Like countless other egocentric morons with an inflated sense of entitlement, he was in the lane next to me, texting as he sped along at 40 miles an hour. The difference was this guy was behind the wheel of a Smart car.

All it would take is one wild turn to end up getting swallowed by an SUV. It could be weeks before anyone found a single trace of him and the glorified go-kart he chose for a coffin. Man, that's not only crazy...that's utter Tomsanity.

Like Lou Gehrig's Disease 'Tomsanity' is named after the man who's most prominently afflicted, Mr. Tom Cruise. It's a condition where one deliberately risks their life to accomplish a task, even though a perfectly safe alternative would achieve the same results and no one would know the difference. If Mr. Important behind the wheel of that Smart car regularly engages in such douchebaggery while driving - and you just know he does - wouldn't a big-ass Dodge Ram have been a wiser investment? The recipient of his call wouldn't appreciate it any less.

One key difference between Tom Cruise and that Smart car simpleton is Tom at-least trains for his stunts beforehand with a crew of hundreds to assist him. But even with tethers and wires to assure my safety, no way in hell would I ever attempt to jump from one rooftop to another as Cruise does in Mission: Impossible - Fallout (and he still broke his ankle).

Unlike that self-absorbed motorist, Tom isn't putting anyone but himself in harm's way, and it ain't for personal gratification. When he makes that 25,000 foot HALO drop early in the film, he's doing it for us. They could have easily used a professional jumper and simply CG'ed Tom's toothy grin into the frame, but the fact we know it's him is part of what has always made the entire Mission: Impossible franchise special. Say what you will about him personally, one thing Tom Cruise can never be accused of is phoning-it-in.

Maybe that's a chief reason this is the only franchise that seems to improve with each entry. True-to-form, Mission: Impossible - Fallout is the best one to date and absolutely loaded with Tomsanity. Previous films were already notable for the lengths Cruise went for the sake of an action sequence, so I'm assuming Tomsanity must also be a progressive disorder because there are a half-dozen jaw-dropping action sequences where Tom's letting it all hang out for our enjoyment. To truly appreciate that, check out this disc's hour-long behind-the-scenes documentary right afterwards.

But Fallout isn't just a stunt showcase. The intricate, twist-laden story keeps us guessing, whisks us to various intriguing locations and introduces a few nifty new characters along with some old friends (even Henry Cavill is interesting in this one). The film doesn't forget its past, either. In fact, Fallout is the first in the franchise that might be considered a direct sequel. It features the same primary antagonist, Solomon Lane (Sean Harris) as Rogue Nation, while Ethan Hunt's estranged wife, Julia (Michelle Monaghan), figures prominently in the story. As such, the film does sometimes assume the audience is up-to-speed.

Still, it's mainly the Tom Cruise Show, which is just fine because, even after six films, there's never a moment where we suspect he's going through the motions. I don't know how long he can keep this up, but here's hoping he can crank out at least one or two more without killing himself. Maybe he can even squeeze-in the mother of all Tomsanity stunts: a chase where he's driving a Smart car while texting. As it stands, though, Mission: Impossible - Fallout is currently the franchise's high-point and the best action film of the year.

MEE-OW! LIKE BEING TURNED LOOSE IN A BIRD SANCTUARY.
Posted by D.M. Anderson at 3:20 PM