FROZEN and the Disney Junkies 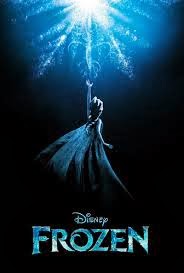 I’m the lone male in a houseful of girls, my wife & two daughters, Disney junkies all. Technically, our dog, Murphy, is male, but he lost his giblets roughly thirty seconds after discovering the carnal pleasure of humping things, so he doesn’t really count. For the most part, we’re very happy and I seldom feel alienated by the fact I’m the only member of the household still hanging onto his own giblets. I’m a loving father who’ll do almost anything to make my family happy.

Case-in-point…when the opportunity for a family movie night recently arose, the three of them shouted out “Frozen!” before I could open my mouth to suggest anything else. Personally, I was hoping to check-out Thor: The Dark World since we all liked the first one, but I should have known better. They are all junkies, and the idea of passing up the latest Disney fairy tale would be like throwing a heroin addict's needles away. I love my daughters more than anything in the world, but something tells me we’d have at least considered seeing Thor if there was just one more pair of giblets in the voting process.

So Frozen it was.

Sure, I like animated Disney movies. Who doesn’t? One of the things which first endeared me to the woman who became my wife was when, while we were still dating, she wanted to see the re-release of Cinderella. I found that charming…a super-hot girlfriend who’d rather watch a Disney drama than Dirty Dancing. Once The Little Mermaid kicked off the so-called ‘Disney Renaissance,’ we caught Beauty and the Beast, Aladdin, The Lion King & Pocahontas before kids were even in the picture. With rare exception, animated Disney movies are like James Bond films, sure bets you’ll get your money’s worth. But also like Bond, a sameness soon developed in Disney films which tended to suck some of the excitement out of seeing them. This was especially true for all the movies following The Lion King, Disney’s last film that was truly awe-inspiring, a perfect menage-a-trois of story, imagery and music. Subsequent films followed the same formula, and sure, they’re fun, but there aren’t any real surprises…kinda like going to McDonald’s.

Still, we saw them all, especially after kids became part of the picture. My daughters, Natalie & Lucy, became hooked on Disney long after I wanted to kick the habit. If I had remained single with no kids, I’m certain The Lion King would’ve been the last Disney film I’d have shelled out money for. I'd be clean right now. Now there are times I almost dread each upcoming Disney epic. Not because these films aren’t worth seeing, but being a junkie is expensive...and there are some things a family man never stops paying for. As any loving parent can attest, treating your family to a Disney movie itself is often just the beginning…

Frozen is admittedly a wonderful film, more-than-worth the price of admission, which was 40 bucks for four tickets, then another 25 for one tub of popcorn and four sodas. That’s a total of $65, but something told me I wasn’t done emptying my wallet just yet. My kids loved it, and now obsessed with all things Frozen. As Lucy, Natalie and their mother ballyhooed the movie on the drive home, all I pictured were dollar signs fluttering from my open wallet like moths - Frozen dolls, Frozen T-shirts, Frozen video games, Frozen pajamas, Frozen soundtrack album, Frozen fruit snacks, Frozen posters, Frozen sneakers from Payless Shoe Source, Frozen lunch boxes, Frozen flamethrowers, etc. You get the idea.

And this is a road I’ve traveled before…

I’ll use The Lion King as a prime example, since it is probably the most personally-expensive film I’ve seen in all my years as an ardent movie-goer. My wife and I first saw it when it was released in 1994, a year before our first oldest daughter, Natalie, was born. Tickets were roughly seven bucks each. Not bad, especially when you consider today’s prices. We both loved it, of course, and in my humble opinion, it is still Disney’s all-time greatest animated film. Little did I know that the initial $14 admission was just the beginning. The following is a list of all my personal expenses related to The Lion King since 1994:


So far, not all that much of an expense for such a great film, but just check out what happened just a few years down the road, once my kids followed that dark path into addiction:


Counting the initial price of admission, that’s a grand total of $346 I have shelled out over the years for The Lion King. I’ve since repeated this process to a lesser degree with Lilo & Stitch, Mulan, Tarzan and Tangled (and don’t even get me started on the Pixar movies and the Christmas when we spent over $100 buying Lucy all the Radiator Springs play sets from Cars).

Perhaps you’re saying to yourself, “Well, you could always draw the line and say no.” As a rebuttal, I offer this: 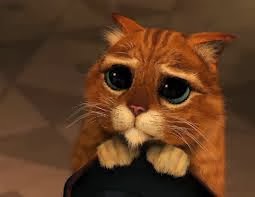 If you’re a parent, you’ve seen this face, and just try saying no to it. On a side note, isn’t it a little ironic that a screen shot of a Dreamworks film best-sums-up what it’s like living in a house of Disney junkies?

But I’m not really complaining. Living in a house of Disney junkies sometimes makes Christmas shopping easier (though not cheaper). Regarding Disney’s latest Daddy Wallet Drainer, I’ve gotten off pretty light so far, only purchasing Elsa and Anna figurines for Disney Infinity game, a total of $35. No dolls, action figures, t-shirts or coloring books. Then again, I ultimately ended up paying for The Lion King over the course of two decades, so maybe the other shoe just hasn’t dropped yet.
Posted by D.M. Anderson at 10:27 PM