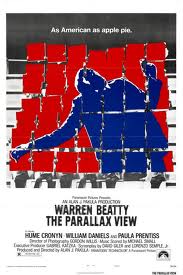 This opening message is for any teenagers thinking of throwing a big party at the house while your parents are out of town: Don't.

It won't turn out like you think. Lots of shit will get broken. Half of those who show up will be people you didn't even invite. A couple will end up having sex in your parents' bed, despite the fact you declared the room off-limits. Some asshole will try to get your dog stoned. There's also a good chance a neighbor will call the cops complaining about the noise.

The next day, your house will resemble a tornado-ravaged trailer park, and you'll have only a few hours to clean it all up (including the lingering stench of pot, beer & vomit) before your folks return. Everyone at the party (even those you did invite) will have deserted you hours ago, meaning you'll be on your own to restore the house to its pre-party condition (and you'll be massively hung-over, to boot).

Most teenagers reading this will likely not take my advice. To them, I offer this: If you still insist on throwing a party, do yourself one big favor...hide everything you personally consider valuable.

Back then, what mattered most to me was my music collection. Cassettes were the format-of-choice at the time, and I had a ton of them...Judas Priest, Pink Floyd, Led Zeppelin, AC/DC, Rush, Queen, The Cars, Pat Benatar, all mega-popular in the early 80s. After the party, most of them were gone, stolen by folks who took advantage of the fact I was really hammered. While this may not seem like a big deal in this day and age of downloading for free, please remember that my impressive collection was the result of several years' worth of allowance.

Because I was racing the clock trying to clean the house before Mom & Dad got home, it took awhile for me to notice that my music collection had been decimated. None of my LPs were touched (mostly old stuff like The Beatles and Kiss), but my cassette rack was almost empty, save for my entire collection of Emerson, Lake & Palmer (ELP). Nobody wanted those. When I finally did notice my suddenly-sparse cassette rack, I was mostly thankful no one bothered to steal them because ELP was my favorite group.

I bought a lot of cassettes simply because they were popular and sounded cool when cranking them up in my car. But ELP was special to me. They were also the first band my parents expressed an utter hatred for (Dad called ‘em Emerson, Lake & Shit), making then even cooler to me. What my folks didn’t know was ELP were already dinosaurs by the time I expressed interest in them. Disco and punk rock had already taken over, and the kids who stole all my cassettes didn't give a shit about ELP because the were never popular with most teenagers to begin with. Hell, I was never able to effectively explain why I liked them.

I still enjoy them, even though I see why so many people don’t. ELP never made catchy, danceable singles. Many of their classic songs were long, self-congratulatory instrumental excursions, despite the occasional ballad which became an accidental hit. My folks hated them so much they actually forbade me to listen to them for a time. Today, ELP are not as revered as other 70's icons. Neither is a paranoid little film from my childhood called The Parallax View. There isn’t much modern love for this movie either.

To elaborate, soon after marrying way too young, moving out of the house and quickly experiencing financial dire straits, little-by-little, I began to sell my beloved record and tape collection for groceries and gas. However, the buy-&-sell record stores where I conducted business were never interested in my ELP albums (because none of their other customers were interested either).

Similarly, when I later started making my transition from VHS to DVD, I slowly started unloading the old tapes in my collection. I didn't get much for them (VHS became worthless pretty quickly in the late 90s), but often enough to trade five or six tapes for a brand-spanking new disc. Still, there were some titles dealers refused to pay anything for, obscure 70s relics like Grizzly, The Medusa Touch, The Big Bus and The Parallax View, movies loved by myself but few others. Once I had those titles on disc, I couldn't even give VHS versions away.

Obviously, what's considered great is highly subjective, but it was somewhat depressing to learn how low some people valued the movies I've always held in such high regard. On the other hand, if a drug-addled movie fan were to break into my house today and select only the films they could easily pawn, I'm sure many of my sentimental favorites would be left behind for me to enjoy another day.

The Parallax View is definitely one of those, where Warren Beatty plays Joe Frady, a frankly-obnoxious reporter for a Seattle newspaper who uncovers a conspiracy behind the recent assassination of a congressman. One-by-one, many of the people who witnessed the event are dying in mysterious accidents. Several clues lead Frady to the Parallax Corporation, a huge American company with its hands in a several industries. One of its more lucrative business ventures is the recruiting and training of assassins. Frady then goes undercover as a would-be recruit in order to expose the conspiracy.

Released in 1974 (at the peak of ELP’s popularity, by the way), The Parallax View was yet-another film where Beatty was trying his damnedest to break free of his matinee idol image. At this point in history, he was a huge star, but ever since Bonnie and Clyde, always seemed to be going out of his way to downplay how good-looking he was (sort of like George Clooney today).

Like ELP's music, The Parallax View hasn't aged very well, a relic from the post-Watergate era, and nobody today ever mentions it among the classics of the 1970s. Like my parents' and classmates' disdain for ELP, it's easy to understand why. Considering it's directed by Alan J. Pakula (a man of considerable talent), the movie looks sloppily slapped together. It also seems like entire transitional scenes are missing which would have made it more cohesive. Not that it's hard to follow or anything, but sometimes we don't see how Frady makes the connection from A-to-B with the few leads he's found so far. It is also hard to identify with Frady himself, who's pretty pushy and self-centered from the get-go. Beatty is good, as is the rest of the cast, but we're given no reason to give a damn about any of them. Not only that, the action scenes are actually kinda lame...even the opening fight atop Seattle's Space Needle.

Still, it's one of my oddball childhood favorites, like my love of ELP. I first saw it when me and my friend Greg snuck into it at the Southgate Quad, where it was the bottom half of a double feature with 3 Days of the Condor (starring Robert Redford, another guy trying to shed his matinee idol image). Condor didn't leave much of an impression...too confusing for a 13 year old. So was The Parallax View, but the final scene knocked me for a loop, maybe because I'm pretty sure this was the first movie I ever saw with a totally bleak & nihilistic resolution. Sure, I'd already seen Planet of the Apes, but at least Charlton Heston survived. By the end of The Parallax View, everyone remotely considered a protagonist is dead. All the bad guys emerged unscathed, free to continue their nefarious ways.

That ending stuck with me - even haunted me a little bit - because I was accustomed to my movies offering at least a branch of hope to cling to. The Parallax View has no such branch, so even if I didn't understand everything going on back then, it gave me something different.

I found that cool, just like ELP was cool. Both were much different than my usual diet of action movies and Kiss records. Sure, The Parallax View is just another pitch-black conspiracy thriller from a decade rife with them, but it altered my perception of what movies could be. While the film isn't without its flaws (most of which I noticed when viewing as an adult), it presented a deep dish of despair...and this 13 year old liked the taste.
Posted by D.M. Anderson at 6:04 PM