THE PASSION OF THE CHRIST vs. Judas Priest 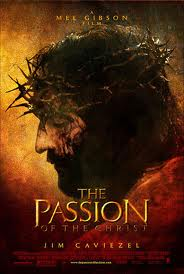 For those of you who may not know, Judas Priest is a British heavy metal band that’s been kicking around for several decades. Aside from Black Sabbath, they are probably the most influential band in the genre's history, not only on its sound, but its look as well. You know all that cliched attire nearly every metal band strapped on during the 80s (black leather, chains, bullet belts, studded wristbands)? Priest pretty-much started all that.

The guy mostly responsible for Priest's image is their lead singer, Rob Halford, who thought such powerful music deserved an equally powerful visual impression. Being dumb teenage headbangers, we totally bought into it. Onstage and in videos, these guys looked like total badasses. Seeing Halford decked-out in 20 pounds of leather & chains while straddling a Harley and brandishing a whip as he belted out "Hell Bent for Leather" had our fists pumping in rebellion (even though, as middle-class suburbanites, we didn't actually have much to rebel against).

Years later, Halford came-out as a gay man. With hindsight, I don't think most fans were really surprised, but hearing him make it official did have some of us looking back and realizing his studded leather attire may not have been just for the sake of badassness. It also brought new meaning to the lyrics of such songs as "Eat Me Alive," "Delivering the Goods" and "Turbo Lover," to say nothing of the video for "Hot Rockin'." 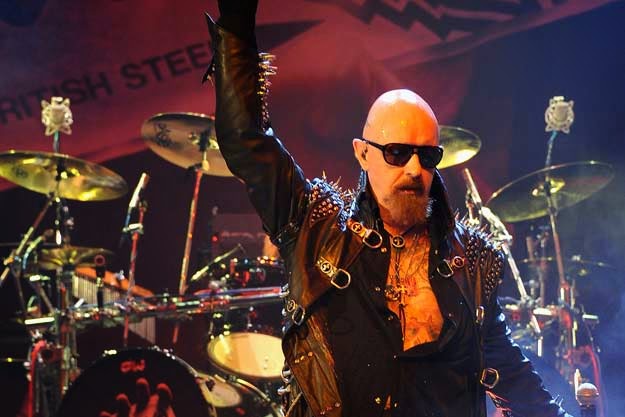 Rob Halford's announcement didn't make him any less cool though. We never reassessed his talent, nor did it make "Painkiller" any less kick-ass than it was before. The same can't be said for Mel Gibson's The Passion of the Christ. Like Judas Priest in their 80's heyday (when they were targets of the PMRC, and also forced to stand-trial in connection with a teen suicide supposedly triggered by their lyrics), The Passion of the Christ courted a lot of controversy. The way Gibson chose to depict of the last excruciating hours of Jesus Christ's life had many accusing the director of Anti-Semitism, while others condemned the movie's prolonged scenes of graphic violence.

I'm not a religious man at all. Most of what I know about The Bible I learned from The Ten Commandments and Iron Maiden lyrics, so when I went to see the film, I didn't care whether or not its director had any Anti-Semitic agenda. As a Mel Gibson fan who loved Braveheart, all I expected was a good movie.

And The Passion of the Christ is a good movie. Well, it doesn't suck, anyway. It's very-well made, and if Gibson intended to vilify Jews, I didn't catch it the first time. Then again, I wasn't looking for it (I don't go through life searching for reasons to be offended). And if the movie was supposed to educate viewers about the crucifixion, the only thing I learned was, "Wow, it sucks to be Jesus."

In the end, this is an impressive piece of filmmaking, which isn't the same as actually enjoying it, because it's excruciating to sit through. Most of the movie is dedicated to the torture and crucifixion of Jesus Christ. After Braveheart, I was pretty sure Gibson was a closet gorehound, but The Passion of the Christ isn't just gory...it's relentless. Sure, a movie like Hostel is brutal, but even that one doesn't subject us to two straight hours of pure agony inflicted on one guy. The only thing separating Passion from 'torture-porn' movies is the victim is Jesus. That, I guess, is what makes it important to a lot of folks, because if Eli Roth simply filmed some poor dumb schmuck being speared, stabbed, whipped and disemboweled for two straight hours, that movie would be banned in nearly every civilized nation in the world.

I don't know...maybe it's the way I'm wired, but I find cinematic torture a lot easier to sit through when I'm safe in the knowledge that the victim is just the product of a screenwriter's imagination. I'm not saying I believe the events presented in The Passion are accurate, but we are made to think so, which is what makes it such an ordeal to endure. Sure, I'm convinced Jesus once lived, but this movie strips him down from a messiah to a simple mortal guy. Then we watch his slow, agonizing death. Because of this, The Passion has absolutely no suspense, no plot twists, and obviously, no comic relief.

Controversy aside, The Passion of the Christ touched a lot of people at the time, to the tune of over $600 million at the box office. Apparently, a lot of the faithful felt the need to watch their savior get tortured to death. For a brief time, director Mel Gibson seemed vindicated.

Then Mel went all funny on us. He defended his dad’s stance as a Holocaust denier. Then cops pulled him over and he drunkenly started spewing Anti-Semitic crap. Then there was the recorded phone call with his girlfriend at the time, where he came across as a delusional, violent & vicious douchebag.

This wasn’t a Lindsay Lohan-type meltdown where we get a good chuckle from her idiocy. This was a career-killer of the highest order; Mel’s behavior seemed to confirm what Passion’s critics had been claiming all along.

And as much as I hate to admit it, the mounting evidence regarding Gibson’s state-of-mind does cast sort-of a shadow on his past achievements, The Passion of the Christ in particular. The reason I hate admitting this is because Gibson is a great filmmaker. Then again, so was D.W. Griffith, whose Birth of a Nation may be have been a cinematic milestone in 1915, but is also one of the most racist movies ever to come out of Hollywood. Because of what Mel has said and done since 2004, it’s now to hard watch The Passion of the Christ objectively.

When Rob Halford came out of the closet, it didn’t make anyone rethink their love for British Steel or Screaming for Vengeance. And I don’t revisit sexually-charged songs like “Eat Me Alive” and wonder who Rob’s singing about. Nor do I enjoy The Road Warrior, Braveheart or Payback any less than I did before Mel’s meltdown. Regarding The Passion of the Christ though...with 20/20 hindsight, it really does look like he was trying to say something really butt-ugly about the world (and himself). The movie now leaves a bad taste in my mouth.
Posted by D.M. Anderson at 4:56 PM