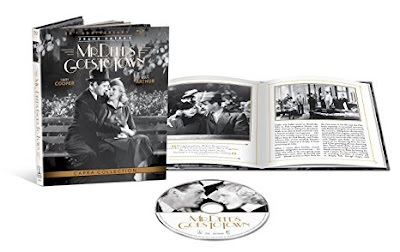 Sony Pictures Home Entertainment continues its Frank Capra Collection series with one of the acclaimed filmmaker’s masterworks: LOST HORIZON, celebrating its 80th  anniversary by debuting on Blu-ray October 3.  Fully restored in 4K and presented in high definition, the Blu-ray is housed within a lavish, limited edition 24-page Digibook, complete with an all-new essay from film historian Jeremy Arnold and rare archival photos from the film.  In addition, as part of the restoration, more than a minute of rarely-seen original footage from the film was found and included, making thisthe most complete, winning two, and follows a disparate group of people who are rescued after a  plane crash, and find shelter in the secluded land of Shangri-La -- but is it the miraculous utopia it appears to be? In 2016, the film was selected for inclusion in the United States National Film Registry by the Library of Congress as being “culturally, historically, or aesthetically significant.” was nominated for seven Academy Awards.
Posted by D.M. Anderson at 12:08 PM