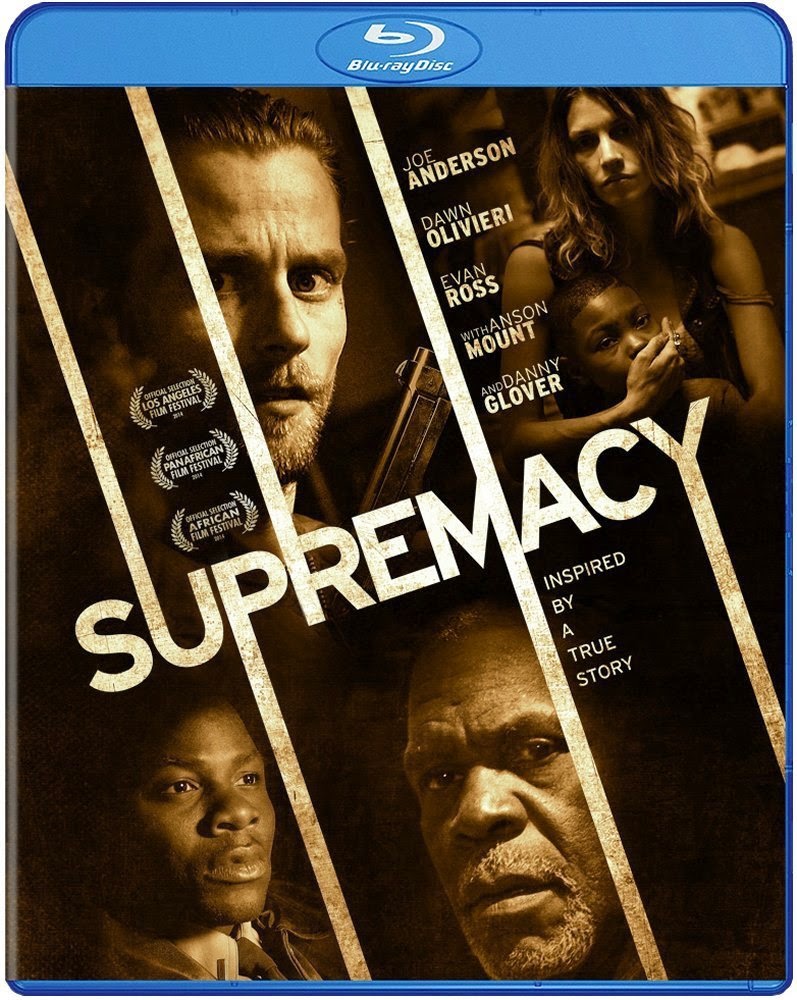 Despicable white-supremist Garrett Tully (Joe Anderson) has just been released after serving 15 years in prison, and not even a day passes before he shoots a black police officer during a routine stop. He and accomplice Doreen (Dawn Olivieri) take refuge in the home of a black family, led by patriarch Mr. Walker (Danny Glover), holding them hostage while deciding on their next move.

That’s the gist of Supremacy, a sometimes intense film which seems to have something to say about race relations, but isn’t quite sure what. Ambitiously character driven, we learn just enough about the primary individuals involved in this scenario, Tully and Walker, to keep us intrigued. It’s a credit to screenwriter Eric J. Adams that Tully isn’t completely hateful, nor is Walker a total saint (we get hints about their questionable pasts, yet both remain morally ambiguous).

Anderson and Glover shine in these roles with an intensity that maintains interest in-light of a story that seems to have been created on-the-fly. New plot turns and characters are introduced fairly late in the game, to the detriment of the overall narrative. This is especially apparent in scenes where some hostages are inexplicably allowed to leave the house without repercussions, defusing much of the tension the filmmakers worked so hard to establish early on.

And that’s the main problem with Supremacy…it starts off great, creating a fair amount of suspense, along with a timely message about the nature of racism in this country. However, it sort-of runs out of steam near the end, tossing in unnecessary (sometimes dumb) plot twists during the final act. Despite terrific and sincere performances by the entire cast, we’re ultimately left with a movie that’s unlikely to resonate much afterwards, no matter how noble its intentions. In the end, we don’t really get any message the film is obviously trying to convey.

Not bad...the performances alone might make this worth watching.
Posted by D.M. Anderson at 4:04 PM