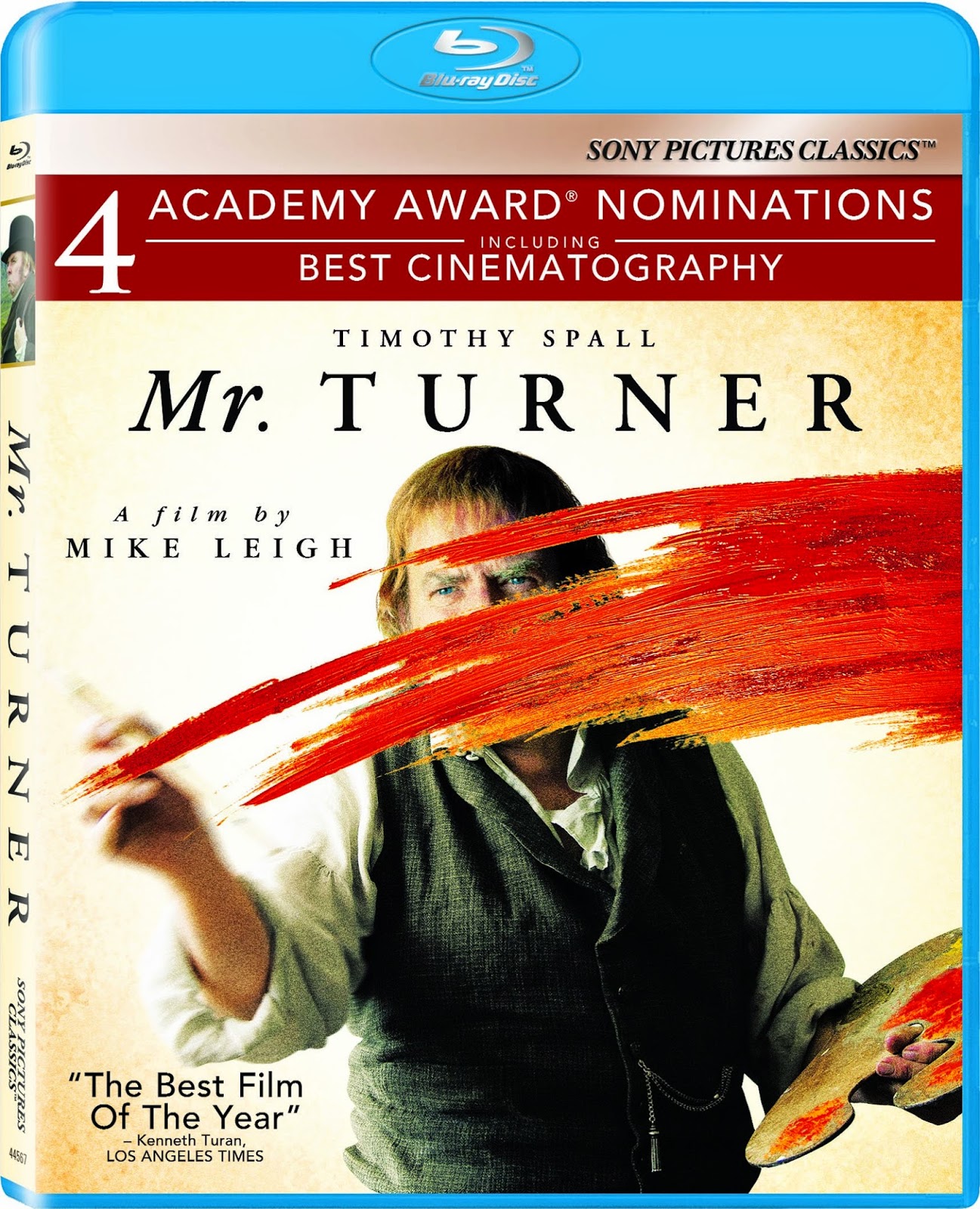 As presented by writer/director Mike Leigh and played by Timothy Spall, J.M.W. Turner is an 18th Century British artist renowned for his landscape paintings, both respected and reviled by his public and peers. Turner himself is congenially-eccentric and sort-of a philandering horndog (having affairs with several women, visiting brothels and often boinking his lifelong housekeeper when the mood strikes him). He also depends greatly on his father, William, who supports his son's artistic endeavors and generally looks after him long into adulthood. After William becomes ill and dies, Turner seems lost until he meets Sophia, a recently-widowed landlady of an inn on the coast. They soon develop a relationship which continues until his death years later.

In a nutshell, that’s the gist of Mr. Turner, a deliberately-paced character study which gives a great character actor (Spall) the chance to shine in a rare leading role. As Turner, Spall is terrific, though he grunts and groans more often than the lead singer of a death metal band. Despite some of Turner’s more lecherous leanings, Spall makes him fairly likable. Mr. Turner is also beautiful to look at, with stunning cinematography & production design that looks like both may have been inspired by Turner’s own landscape paintings.

At the same time, there’s an overall aloofness throughout the film which prevents us from becoming truly invested in what’s going on. Despite great performances from the entire cast, the characters who drift in and out Turner’s life don’t really resonate much. Nor do we come away with a true appreciation for his artistic genius. We see Turner at the canvas a few times, as well as one scene in which he goes to extremes in order to accurately paint a snowstorm at sea. But other than that, we don’t really see the creative process of an artist whose paintings are worth millions today.

Still, Mr. Turner can be appreciated and enjoyed for its visual artistry, the lush music score by Gary Yershon and a career-defining performance by Spall.

Not bad...solid performances and nice to look at.