Blu-Ray Review: THE MAN WITH THE IRON FISTS 2 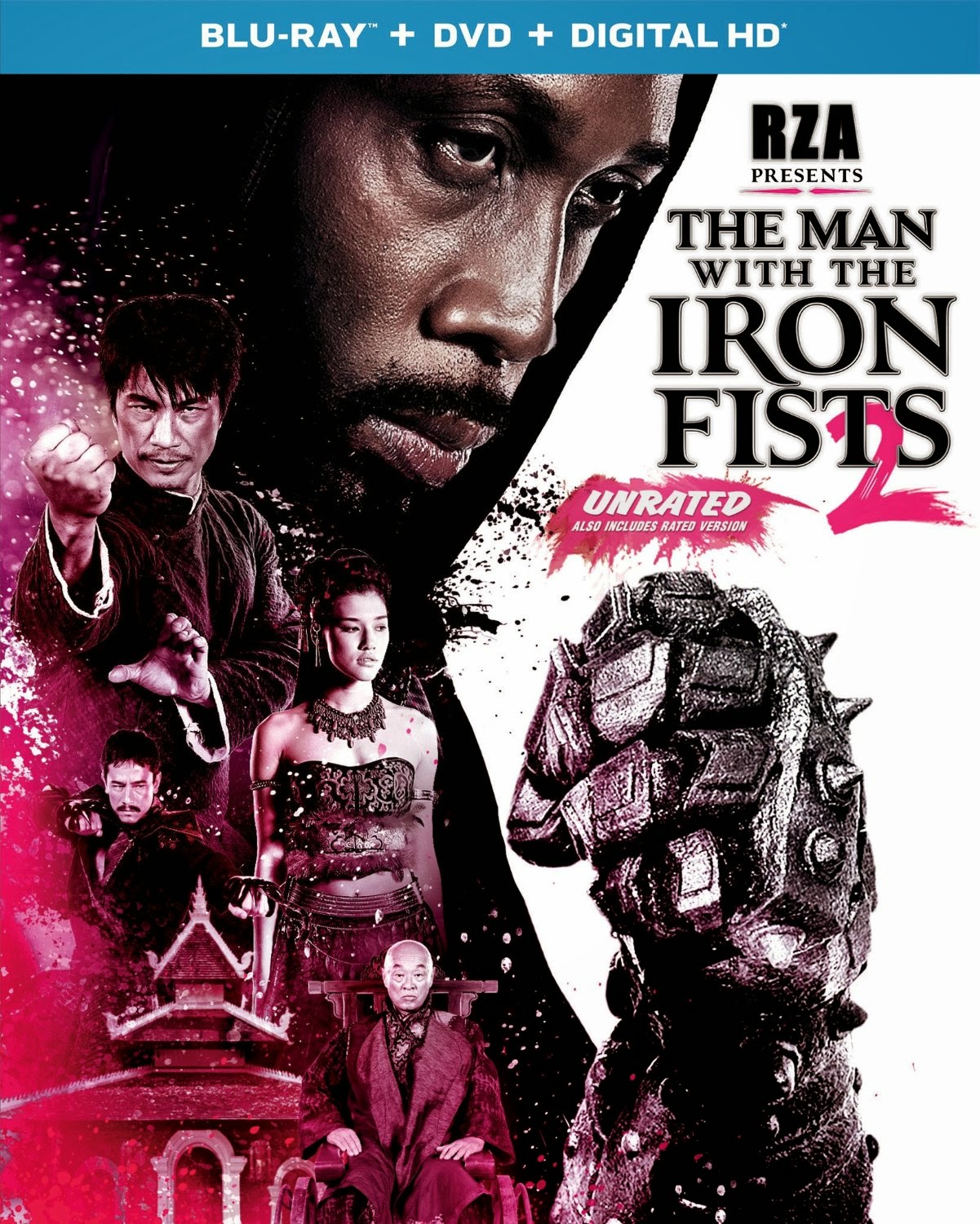 RZA (Robert Fitzgerald Diggs) returns as the title character in this follow-up to 2012’s The Man with the Iron Fists. As with most direct-to-video sequels to marginally successful films, this one is a scaled-back affair. Like the first, RZA co-wrote the screenplay. This time, however, he turns the directorial reigns over to Roel Reine, who appears to specialize in keeping action franchises alive on DVD (he also directed Death Race 2 & 3, Scorpion King 3, The Marine 2, 12 Rounds 2 and The Condemned 2). So it probably goes without saying that fans of the original should lower their expectations. If you’re able to do that, The Man with the Iron Fists 2 might provide some passable entertainment.

This time out, Thaddeus the Blacksmith (RZA) reluctantly comes to the aid of a group of miners suffering under the tyranny of Master Ho (Carl Ng), who excels in cruelty as he rules over the village. Several local women have also been murdered, their lives almost literally sucked out of them, which everyone initially suspects is also Ho’s doing. One miner, Li Kung (Dustin Nguyen, the actual star of the film), finally decides to stand up to Ho after his younger brother is murdered.

Of course, mayhem ensues, with the usual blood-letting through swordplay, arena fights and Thaddeus’ iron appendages. There are enough sliced arteries, dismembered limbs, beheadings and exploding torsos to amuse those who enjoy their action garnished with gore. Like the original, none of the action is anything you haven’t seen before in better films, but it’s handled with workmanlike skill. The same can be said for the story and cast. From a narrative standpoint, there aren’t a hell of a lot of surprises (well, maybe one), and even though this sequel doesn’t boast the same marquee names as the first, the cast (especially Nguyen) is fairly impressive. As Thaddeus, RZA is arguably the weakest link. While not terrible in the role he created for himself, he doesn’t have much range and his character was never all that interesting to begin with.

Like the first film, The Man with the Iron Fists 2 pays respectful homage to the genre which inspired it. While that alone isn’t likely enough to entice new viewers, those who enjoyed the original will probably walk away satisfied.