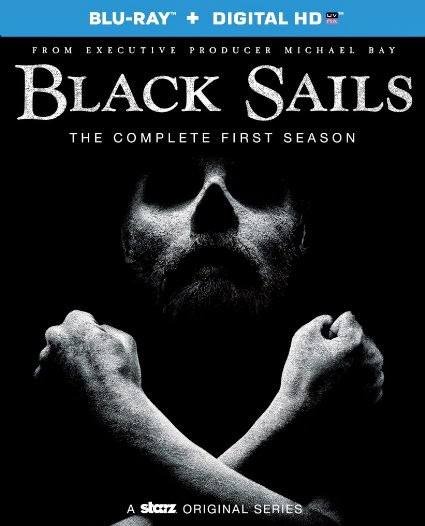 Considering Starz’ reputation for bawdy, blood-n-boobs historical epics (Spartacus, Da Vinci‘s Demons), it was probably inevitable we’d get one chronicling the sordid lives of pirates. The only real surprise is that it took this long.

As one might expect, Black Sails ain’t your daddy’s pirate tale. Forget Errol Flynn, Johnny Depp and everyone’s favorite Disneyland ride. This series is packed to the gills with grit, grime, sex and death, giving us the impression this is a fairly accurate historical depiction of piracy in the 18th Century. But even if it isn’t, Black Sails ends up being pretty damned entertaining if you’re in possession of two things: patience and attentiveness.

Patience is required because, after an initial pirate plunder which sets up the basic plot - the hunt for a Spanish galleon loaded with millions in gold - the show takes its sweet time introducing each primary character (and there are a lot of ‘em). Though necessary, it sometimes slows early episodes down to a crawl, spiced-up on occasion with fairly explicit sex and violence. It isn’t until the last three chapters of this eight episode season that we really get to the action.

Your complete attention is needed because, while the overall story is fairly straight-forward, it’s complicated by the different (and self-serving) agendas of every one of these characters, nearly all of whom are morally-ambiguous at-best. These side stories turn Black Sails into a labyrinthine tale of loyalty, politics, deceit and betrayal. If you were to skip even a single episode, you’d most-likely be lost. Your patience and attention is ultimately rewarded, however, as the season comes to a slam-bang climax (though still maddeningly open-ended to pave the way for Season Two).

None of these characters would be mistaken for heroic (or even likable, making this sort-of a Sons of Anarchy on the high seas), but most are well-rounded and interesting. The overall cast is quite good, especially Toby Stephens as Captain Flint, the most feared pirate in the Bahamas in danger of losing the loyalty of his crew, and Mark Ryan as Gates, a quartermaster who remains committed to Flint even after running out of reasons to.

Black Sails is handsomely produced with a lot of attention to period detail (this isn’t your typical romanticized depiction of a pirate’s world). While there are some jarring moments of extreme, bloody violence, it seldom seems overly gratuitous. Nor do the numerous sex scenes (including one unsettling public rape), which are sometimes graphic, but far from titillating.

Ultimately, this series doesn’t quite reach the heights (or depths) of Spartacus, but it’s arguably Starz’ best series since (and infinitely better than the pretentious Da Vinci’s Demons). Black Sails may not compel you to suddenly subscribe to the channel, but that’s okay. It’s more fun to binge on the show with this Blu-Ray set anyway.