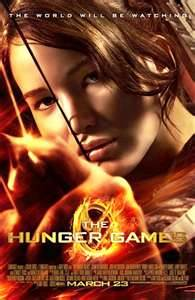 I'm a middle school English teacher in the real world, so I am  privy to what books are popular with kids. Personally, I'm not a giant fan of most young adult fiction, even though there are some great books out there and I've published two myself. Still, I do feel it's part of my job to keep up with what kids are into. I tried reading both Harry Potter and Twilight. While I think it's pretty awesome something other than video games or Jersey Shore can excite legions of kids worldwide, I couldn't get through the first books of either series.

Harry Potter didn't intrigue me much, but then I never did care for fantasy novels. I'm also one of the six people on Earth who didn't think the movies were all that great, either. As for Twilight, I read about 50 pages before I couldn't take any more. Stephanie Meyer is a godawful writer, and it sickens me to this day that I'm torn between thinking "Thank God I don't write like that" and "Why the hell can't I write like that?"

But who am I to judge Meyer? Her novels sell in the millions and my books sell about one copy per week on Amazon. Maybe I'm just a tad resentful, not just because she’s read by millions and I‘m not, but also because, if you go to the young adult section of any bookstore, the majority of what you'll find are dark, romantic, emo novels written by authors jumping on the Twilight bandwagon.

As with any book series which becomes a pop culture phenomenon, the Twilight movies followed, all of them blockbusters. I do have to admit I enjoyed the first Twilight film; it was easily the funniest movie I'd seen in a long time. Even my oldest daughter, who read and enjoyed all four books in the series, finds the movies unintentionally hilarious. When the first film came out on DVD, we had a great time giving it the Mystery Science Theater 3000 treatment.

In my classroom, most of the girls were genuinely offended by my assessment of Twilight, while the boys mostly nodded and laughed, a few of them adding that Edward was a fag. Then again, a lot of them currently say that about Justin Beiber, too. Yeah, they say that, but I'll bet there isn't a single one of them who wouldn't trade places or Beiber or Robert Pattinson.

For me, Twilight-mania reached ridiculous levels, culminating in the whole Team Edward vs. Team Jacob thing. That shit was everywhere...on students' binders, buttons, T-shirts and backpacks. What the fuck does Team Edward even mean, anyway? Until Twilight came along, there was never such a retarded mass-declaration of allegiance to one movie character over another. I don't remember anything like Team Luke vs. Team Han, Team Batman vs. Team Joker or Team McClane vs. Team Gruber. Why was everyone suddenly treating a sparkly vampire and shirtless werewolf like Super Bowl opponents?

Now that both the Harry Potter and Twilight series have wrapped things up, the latest young adult series to explode is Suzanne Collins' Hunger Games trilogy. I'd seen kids carrying the books around school over the past couple of years, but it wasn't until a movie adaptation of the first book was announced that I felt a sense of duty to sit down and read one. So one weekend I downloaded the first book onto my Kindle.

And I read the whole thing in one night. Unlike Rowling and Meyers, Suzanne Collins can really write. Not only that, The Hunger Games is only a young adult novel in the sense that the main characters are mostly kids. It's a brutal and violent story of a dystopian future where each of the twelve districts of Panem (which used to be America) are required to provide two kids, aged 12-18 (one boy and one girl), to participate in the Hunger Games, an annual event where they must fight to the death until only one remains.

Of course, being that The Hunger Games has spawned gobs of tie-in toys, clothing, posters, jewelery & school supplies (what...no Happy Meal toys?) you know this already. I truly didn't want to enjoy the book as much as I did, mainly because of its insane popularity. But all of a sudden, the upcoming film became numero uno on my must-see list, even though the pre-release hype bordered on offensive. When People Magazine published an asinine Team Peeta vs. Team Gale pole before the movie was even released, it tempted me to boycott it altogether. If the media wanted to reduce this awesomely dark & dystopian sci-fi story into mindless teen idol worship, I wanted no part of it.

My wife didn't want to see it, either, after reading the same People Magazine issue, which included an article featuring Jennifer Lawrence (who plays Katniss Everdeen). She thought Lawrence was pretentious and arrogant, and it influenced her decision whether or not to see the film. I'm still kind of perplexed by that philosophy, which a lot of people in the general population have...the idea that an actor's real-life likeability has anything to do with whether or not a movie is any good. I know a lot of folks who decided not to see War of the Worlds after Tom Cruise's couch incident on Oprah. Even more people have reassessed Mel Gibson's entire filmography following his drunken tirades. Yeah, Gibson may be a total prick, but that doesn't mean Braveheart is suddenly a shitty movie. When you think about it, how many of us would want others to judge our job performance on what we do outside of work? 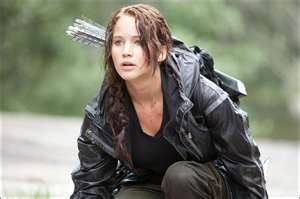 Anyway, despite its massive popularity, I still felt compelled to see the film, and eventually played the Father's Day card to force my entire family to watch The Hunger Games with me when it arrived at a local second-run theater/arcade. The movie is remarkably faithful to the novel (thanks, in no part, to the fact that Suzanne Collins helped write the screenplay). I'm pretty sure my wife didn't like it, but my oldest daughter loved the film, and started reading my Kindle download shortly after we got home. Even my youngest daughter cried at the death of Rue (a 12-year-old whose death figures more prominently as the book series progresses).

Still, I watched the film with a curious sense of detachment. Yes, it is faithful to the book, and yes, the actors chosen to fill these roles do their jobs admirably (especially Lawrence). At the same time, I kind of felt like I did when forced the sit through the first two Harry Potter movies...I knew the filmmakers were faithful to the books, but somehow, I sensed there was not an emotional commitment...more like the filmmaking process was a checklist of key scenes. In the Hunger Games  novel, there was a feeling of impending dread throughout the story that isn’t present in the film.

But, on the other hand, what was I expecting, that the movie would somehow lift the story beyond its source material to become something...I dunno...legendary? Like Jaws? For those of you who don’t know, Jaws was actually a shitty book, and almost anyone who has read it will tell you that the movie is a hell of a lot better, despite the massive changes in the story.

Still, The Hunger Games, despite hyper-edited action scenes more at-home in a Michael Bay movie, is fun...much better than any movie in the Twilight series. It is also an extremely faithful adaptation of the novel, so much so that there aren’t any real surprises for anyone who read the book first.

Having since-read the other two books, Catching Fire and Mockingjay, I’ll be interested in seeing how this movie series can pull-off the events in the trilogy without watering down the violence to get a PG-13 rating.
Posted by D.M. Anderson at 4:45 PM