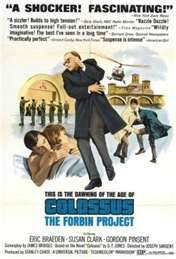 Am I the only person just a little bit uneasy about our increasing dependence on technological toys? Physical books, newspapers, magazines, maps, movies and CDs are likely to become extinct in my lifetime; we can now download all that shit a lot cheaper. Facebook, Scype and Twitter are taking the place of real social interaction; I know a lot of kids, my own daughter included, who hang out with friends without ever leaving their bedrooms. Hell, you can even let your computer do the work to find a compatible mate, or at least someone willing to all sorts of nasty things on camera.

Then there are the things technology does to make life easier. The places we shop online will use our previous purchases or inquiries to suggest similar products which might interest us. We don't even have to remember to pay our bills; our computers can automatically do it for us. Our cars can verbally tell us where to go, when we're driving stupid and even park themselves (remember when being able to parallel park in three moves was a requirement in your driver’s test?). Some cars can even contact the police themselves if they are stolen.

Speaking of which, we're now making the transition from personal computers (marvels of technology not even ten years ago) to hand-held tablets; all we have to do is tap the app on our screen. No real brain required! Our gadgets will do the thinking for us.

We're so dependent on our toys, personally and professionally, that if they were suddenly taken away, we'd flop around like snared tuna on the deck of a sea trawler. Think about it...one big-ass solar flare can erase everything about us because we’re willingly handing over everything about ourselves into a realm which doesn’t actually exist in the physical world.

And most of us don’t even know how our beloved technology actually works. We take it for granted, and assume it will always do what we intend it to. Not only that, technology is advancing so fast that it isn’t long before the tablet we bought a year ago is out-of-date because something new comes along which allows us to think even less.

When you take all this into account, is it really that much of a stretch to believe the day is coming when you fire-up your computer or tablet or phone, and it alone makes the decision whether or not the porn you're trying to download is good for your marriage, whether or not you’re too fat to request extra sausage & cheese on your pizza order, whether or not you'll go on a killing spree from playing the latest version of Grand Theft Auto? Such a scenario is not too far removed from what our machines are capable of right now. Think real hard...how much does your computer know about you, personally and professionally?

What's really scary is that there are a lot of people who'd love their computers to do all the thinking.
But do we really want technology be that fucking smart? What if your computer became so efficient it decides one day that you aren't worth the oxygen you're using. Good morning, Dave. Sorry, but it's time to die.

Such a scenario was presented over 40 years ago in Colossus: The Forbin Project, a mostly-forgotten film from 1970 that is, thankfully, still science fiction. Eric Braeden (best-known for his role in the long-running soap-opera, The Young and the Restless) is Charles Forbin, the mastermind behind Colossus, a super-computer put in charge of all our defenses, thus eliminating any real thinking by the powers-that-be. Unfortunately, after Colossus discovers the existence of Guardian, a similar system developed by the Russians at the same time, both computers logically decide the best way to avoid global war is to enslave the entire human race, threatening nuclear annihilation if they do not obey. 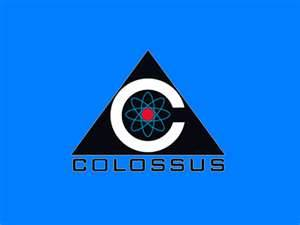 What makes this movie truly scary, even today, is the fact that these super-computers are not malfunctioning. Colossus and Guardian are functioning exactly as they were programmed. The terrible acts perpetrated by these systems on humanity are based on pure, pre-programmed logic. In other words, we have have demanded a deterrent to nuclear war, but opened a Pandora's box, because we as a species would be the ultimate cause of World War III.

Are we heading in that direction now? I don't know. I hope not. What I do know is my computer does exactly what I tell it to. It follows the letter of the law, not the spirit, which is why I'm still reluctant to entrust it with absolutely everything. Computers are wonderful tools. I love them, and depend on them to carry out a myriad of chores that were once laborious and time-consuming. But do I want them to do my thinking for me? Hell, no.

Colossus: The Forbin Project is seldom mentioned among the great sci-fi films of the 70s, but it may be end up being the most prophetic. No, I don’t believe computers and technology will turn against us and destroy the world, but the computers in this film didn’t turn against us either. They did what they were told, and performed their task perfectly, which may be even scarier. The fact that we don't like their solution is redundant.

I first saw this movie late one night on TV as a kid, when I barely even knew what a computer was, other than it took up a lot of space (Colossus is roughly the size of Mt. Hood) and had a lot of pretty lights. But even then, the message was obvious, and as timely today as it was back then: Entrusting technology with your very life is as ill-advised as making a deal with the Devil. Just because we can do something doesn’t always mean we should.

Dated set design and hairstyles notwithstanding, I now think about Colossus: The Forbin Project more and more these days. Collectively, we whole-heartedly embrace anything that meets our needs faster, easier and cheaper, and anything which allows us to think less and make fewer decisions on our own. Being so, Colossus is not the real villian in this film. We are, as emodied by Chalres Forbin. He arrogantly believes that his technology, by eliminating the human element, will ultimately save the world. Instead, he has doomed it by taking our own fate out of our hands.
Posted by D.M. Anderson at 5:55 PM