19 Things We Learn While Watching THE BLACK HOLE 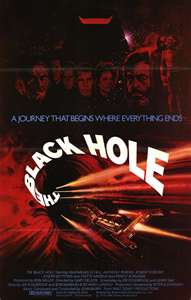 1. Black Holes are not actually black, nor are they invisible. They look more like massive flushing toilets hovering in space. And the further inside you go, the brighter they become.

2. Some robots have southern accents.

3. There may be some Rush fans in the Disney camp. Reinhardt’s ship is called the Cygnus. Two years prior to the film, Rush recorded a song called “Cygnus X-1,” which tells the story of a ship venturing into - that’s right - a black hole.

6. Maximillian, the evil robot, is a total badass, mostly because he doesn’t talk. No one else in the film ever shuts up.

7. In the future, even though humankind has mastered interstellar space travel, they still can’t design a soldier robot that can aim worth a shit. These guys make Imperial Stormtroopers look like Hawkeye from The Avengers.

8. Joseph Bottoms is no Harrison Ford. But we already knew that.

9. Don’t worry about that massive hull breach trying to suck you out into space. Just hang on to something. You’ll be okay.

10. And even if you do get sucked into space, you’ll be okay without suffocating or freezing to death, as long as your robot buddy rescues you within a few minutes.

11. Hoping to capitalize on the millions George Lucas made in licensing the Star Wars name to toy companies, Disney did the same for The Black Hole, which included sets of action figures. It is with more than a little irony that action figures would be created to tie-in with a movie that has almost no action.

12. On the other hand, who wouldn’t want their own tiny Ernest Borgnine doll? 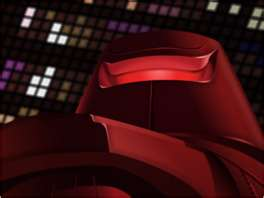 13. This film must have inspired future designers at General Motors, because the front of the new Chevy Camero looks a lot like the robot, Maximillian (meaning it’s totally badass).

14. If things don’t go their way, some robots will throw such a hissy fit that they’ll short circuit and shut down (sort of like my computer).

15. No need to worry if a massive flaming meteor crashes through your ship and rolls after you like Hell’s bowling ball. Just gawk at it for a few seconds before running away really, really fast.

16. Large spacecraft of the future will include a rail system for convenient transport within the ship, and will suddenly turn into the mother of all rollercoasters when things go bad.

17. Although this was Disney’s first real attempt to move away from cartoons and kiddie comedies, The Black Hole has more laughs than Freaky Friday, The Computer Wore Tennis Shoes, The Shaggy Dog, The Apple Dumpling Gang, Superdad and Pete’s Dragon combined.

18. On the other hand, The Black Hole is the only major studio film I can think of that kills-off every single character. No sequel here, folks.

19. After Star Wars, kids could be duped into seeing anything.
Posted by D.M. Anderson at 12:22 PM