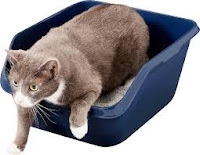 The Poop Scoop features news and press releases related to upcoming movies, Blu-rays & DVDs and anything else film-related that makes us purr. For more information, feel free to e-mail us at freekittensmovieguide@gmail.com.

Maniac Limited Edition - New 4K Restoration Coming 12/11 from Blue Underground.
Exclusive Limited Collector's Edition includes 2 Blu-rays, Soundtrack CD, collectible booklet, and a ton of extras. Directed by William Lustig (MANIAC COP 2, VIGILANTE) and featuring landmark gore effects by Tom Savini (DAWN OF THE DEAD, FRIDAY THE 13TH), this relentlessly shocking and disturbing film was originally banned or censored all over the world due to its graphic violence. Now Blue Underground is thrilled to present MANIAC in a brand-new 4K Restoration from its recently discovered 16mm original camera negative, overflowing with hours of new and archival extras!

THE EQUALIZER 2 on 4K Ultra HD, Blu-ray & DVD 12/11 from Sony Pictures
The digital & Blu-ray releases of THE EQUALIZER 2 are loaded with over an hour of action-packed bonus features, including “Retribution Mode,” deleted and extended scenes, The Equalizer 2 pop up trivia track and a behind-the-scenes featurette. “Retribution Mode,” the follow-up to The Equalizer’s “Vengeance Mode,” allows fans to watch the film with Denzel Washington and Antoine Fuqua as they take fans through the making of their favorite adrenaline-filled action scenes with exclusive in-depth and personal conversations.  In the featurette “Denzel as McCall: Round Two,” Denzel Washington describes his return as Robert McCall and why this continued story was so important for him to tell.