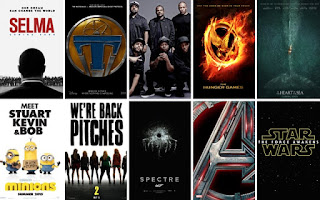 Another year down, another year of movies...the good, the bad and the ugly. But rather than compile the usual lists of best and worst movies (though we've included our top choice for each), we’ve decided to document the people and trends which have most affected us personally and professionally.


WHAT MADE US PURR: 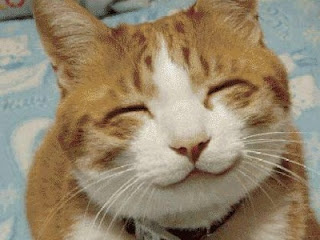 BELATED SEQUELS -  More often than not, sequels which come numerous years (or decades) after the last film end up being massive disappointments. It could be for a variety of reasons...original cast/crew not involved, shortened audience attention span, elevated expectations, etc. But in 2015, Star Wars: The Force Awakens, Mad Max: Fury Road and Jurassic World more than delivered. Not only are they arguably worthy of mention in the same breath as some of their classic counterparts, Fury Road (FKMG’s vote for the best movie of the year) might even have an outside shot at an Oscar nomination for Best Picture. And most of us breathed a collective sigh of relief when The Force Awakens made good on the promise of a REAL Star Wars movie. As for Jurassic World...forget the plot holes and lapses in logic...for a film that aspired to be nothing more than a goodtime popcorn movie, mission accomplished.

WAYWARD PINES - The little miniseries that could. What looked on the surface like a Twin Peaks wannabe ended up being 10 episodes of the most addicting and unpredictable sci-fi on television. Now let’s hope the powers-that-be simply walk away and leave it alone. It’s perfect as-is.

TARANTINO'S 'ROADSHOW' RELEASE OF THE HATEFUL EIGHT - Though not a lot of us had the privilege to experience it, Tarantino’s 8th and longest film was initially released in the old 70mm film format, complete with an overture and intermission at theaters still equipped with projectors. The cinema version of buying music on vinyl, this harkens back to a glorious time when epic movies were released and presented as major events.

SURPRISES - As someone who was never a big fan of the franchise, I have to admit I really enjoyed Furious 7...its outrageousness, the ample anti-gravity vehicular mayhem and its surprisingly poignant send-off of Paul Walker’s character. And even though it was completely unnecessary, I enjoyed seeing an aging Arnold Schwarzenegger return for Terminator: Genisys (and the movie was fun, so fuck you). But for me, Inside Out was the most pleasant surprise of the year...Pixar returning to what it does best, creating something completely original, imaginative and visually stunning without forgetting that their best films always relied on strong characters and the ability to jerk the viewers emotions around with stunning ease. This is the first Pixar film in several years that didn’t feel like it was primarily made to put toys on shelves at the Disney Store.

HORROR - As with any other year, bad horror films far outnumbered the good ones in 2015. However, there was a surprising number that were not only good, but offered something smarter and more creative than the usual mallrat mayhem, such as It Follows, The Gift, Goodnight Mommy, The Final Girls, Krampus and The Visit. Hell, even Unfriended and Insidious Chapter 3 were better than they had a right to be.


WHAT MADE US HISS: 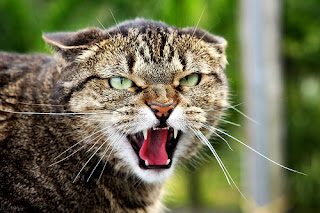 MUCK - Not just a bad horror movie, but built on a pointless and stupid idea, which was to film and release the second chapter of a supposed trilogy first, meaning it begins mid-plot and ends with no climax or resolution. Not only that, the film is so comically voyeuristic that it plays more like a peep show, often setting-aside the entire plot to dedicate ample running time to lingering on women in various stages of undress. Strictly for horny 13 year olds and guys too embarrassed to buy a copy of Penthouse, this gets FKMG’s vote for the worst film of 2015.

ADAM SANDLER - If Pixels is the best of the five films you cranked out in 2015, you've got one seriously fucked up career. Why is this guy still allowed to make movies? While I personally never found him very funny, even many of his longtime fans have finally grown up enough to notice his juvenile schtick is well past its expiration date (which was roughly 10 years ago).

MILITANT FANBOYS - I got a small taste of the intolerance, ignorance and venom of the militant fanboy crowd when I published an article titled, “Batman v Superman: A Recipe for Disappointment.” The piece expressed my personal (unfavorable) assessment of, not only the trailer for the upcoming Warner Brothers film, but my concerns that it appeared to be overstuffed with too many characters and director Zack Snyder’s penchant for CGI overkill. It was strictly an opinion piece and stated no actual facts, but based on reader responses, you’d have thought I took a shit on the Vatican floor. But don't take my word for it...go ahead and read the comments following any article even remotely critical of Star Wars, superhero movies or anything based on a popular comic book. You'll find folks willing to compose lengthy & detailed retorts trying to 'educate' the author on why his or her opinion is actually wrong (which, by definition, isn't possible), along with the usual expletives by mouth-breathing trolls who can't be bothered to spell-check. As someone whose obsession with movies stretches back decades, I never thought I’d say this but, get a fucking life. Speaking of which...

THE INTERNET - The internet (especially Facebook and Twitter) has become an absolutely terrible place for movie fans, especially those of us who still love nothing more than attending a film without any prior knowledge of what they've just paid their hard-earned money to see. It's one thing to read reviews of a movie, but quite another to be accosted by countless posts analyizing every scene, easter egg and plot point before the fucking thing has even been officially released.

GEORGE LUCAS - While we will always be grateful to St. Lucas for giving us Star Wars to begin with, he’s recently come-across as a jilted boyfriend. Lucas condemned The Force Awakens for being a retro movie while boasting he would have personally done something new and different. Oh, you mean like Episodes I-III? Well, thank God you sold Lucasfilm, George, because while you may lament the direction Disney has taken with the franchise, 90% of the world (you know, all those peons who made you a billionaire to begin with) seem to disagree.
Posted by D.M. Anderson at 9:29 PM